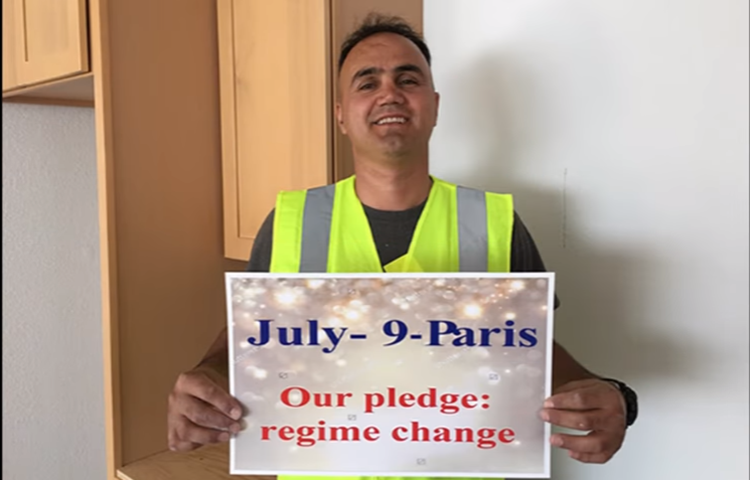 London, 24 Jun – Iranians from all walks of life are coming together to support and promote the Free Iran grand gathering, due to be held in Paris, this July.

A video released by the official National Council of Resistance of Iran (NCRI)  on their YouTube channel shows supporters from around the world holding up signs with #FreeIran written on them, to promote the rally.

The rally, to be held on Saturday, July 9, will promote human rights and democracy in Iran; calling on foreign governments to condition any relationship with the mullahs’ regime with an improvement in human rights.

They denounce the idea that the regime is in any way moderate.

There have been over 2,400 executions in the three years since President Hassan Rouhani took office in Iran; nearly 1,000 in 2015 alone. The U.N. Special Rapporteur for human rights in Iran has stated that in 2014-15 the execution rate of juveniles has reached the highest for five years.

The state has increasingly cracked down on freedom of expression for the press and the citizens, continued nuclear missile tests in spite of UN resolutions, and oppressed religious and ethnic minorities like the Kurds, Arabs, Baluchis, and Sunnis.

They’ve dispatched thousands of the Iranian Revolutionary Guards Corps and even Afghan refugees to fight in the Syrian civil war supporting Bashar-al Assad.

The rally, which will take place in Le Bourget, northern Paris, is in favour of a regime change.

The Free Iran gathering promotes the ten-point plan for a future free and democratic Iran proposed by Maryam Rajavi, President-elect of the NCRI.

Iran, Calling Bush’s Words ‘Threats,’ Says It Is Not Intimidated