Raymond Tanter: NCRI is only movement that has not compromised with the Iranian regime’s assertion that radical clerics should rule 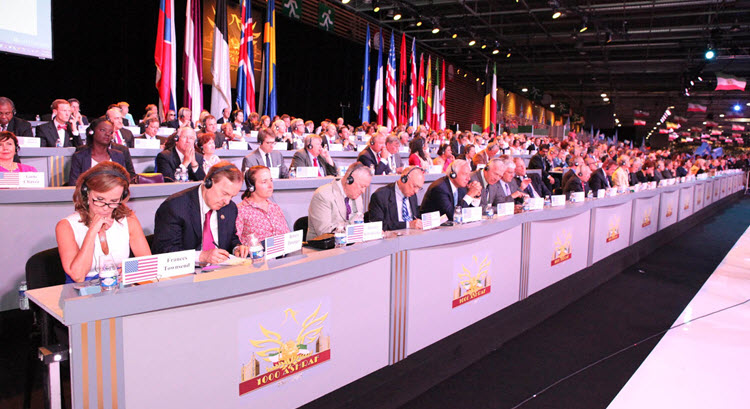 London, 1 Jul – Raymond Tanter is a professor emeritus at the University of Michigan and a former senior staff member of the United States National Security Council. He is an adjunct scholar of The Washington Institute, researching U.S. policy options toward Iran.

As part of his studies of the Mujahedeen-e-Khalq (MEK), the main resistance group that rejects clerical rule, and espouses a secular, democratic, and nonnuclear Iran, he conducted an interview with the NCR-IRAN.org website regarding the annual rallies in Paris sponsored by the “Free Iran” supporters of the resistance, and is impressed with the geographical diversity of the attendees, their professional qualifications, and their steadfast commitment to achieve a secular, democratic, and nonnuclear Iran.

Professor Tanter states that he expects the July 9, 2016 “Free Iran” gathering to reinforce the ties that bind the resistance movements of the Syrian and Iranian peoples, as hundreds of senior political dignitaries, parliamentarians, human rights and women’s rights activists, as well as religious leaders from the United States, Europe, and Islamic countries, come together in Paris to join a major gathering of Iranians and their international supporters for the cause of democracy and freedom in Iran. This gathering will highlight the plight of Iran’s political prisoners who continue to suffer at the hands of the mullahs’ regime

However, he is concerned that, “Instead of being a routine commemoration, these rallies have taken on a huge political meaning. The outsized attention the Iranian regime gives to the rallies, how upset it gets because of the worldwide press coverage, efforts to block media coverage in Iran, and attacks by Tehran against the dissidents when the rallies occur are indicative of the political message. As the only movement that has not compromised with the Iranian regime’s assertion that radical clerics should rule, they consider the resistance as a threat to their survival. The rallies remind those who reign in Iran that regime change from within remains on the table.”

Reuters: The United States urged Turkey on Wednesday to...