Sen. Robert Menendez: We must protect the residents of Camp Liberty 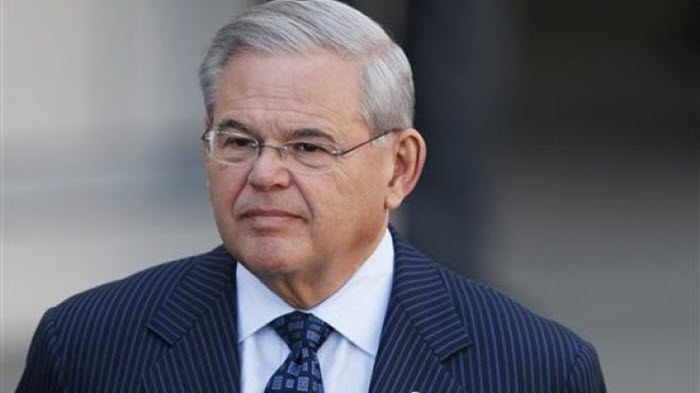 Washington, 8 Jul – US Senator for New Jersey, Robert Menendez, has expressed his support for the Iranian Resistance and his sorrow that he cannot attend their gathering this weekend.

Menendez said: “I am sorry I could not be with you in person, but I remain here in Washington working for you and for your cause.”

He spoke passionately about the tragedy that befell residents of Camp Liberty in Iraq, on July 4, aka Independence Day in the USA. Camp Liberty houses members of the main Iranian opposition group People’s Mojahedin Organization of Iran (PMOI or MEK).

He reiterated that these political exiles are supposed to be protected by international laws against the threat of violence or terrorism.

The Democratic Senator called on governments from around the world to work together and do more to aid the resettlement of political dissidents in safe countries; urging the United States to accept refugees from the PMOI (MEK).

He said: “I’m heartened that foreign governments, U.S. officials, UN representatives, and Iraqi leaders recognize the importance of the security of the people of Camp Liberty… But, clearly, the danger is real… It’s very real…”

The PMOI have gathered essential information on the Iranian regime which they passed onto Western powers, for instance, they exposed the regime’s continued use of nuclear weapons.

Mernendez wants to introduce legislation to hold the Tehran responsible for its support of terrorism, weapons dealing, violations of human rights and its continuing nuclear programme.

He cites the arming of Iraqi troops, their unwavering support of the Syrian dictator, Bashar al-Assad in his war against his own people and their funding of terrorists like Hezbollah in Yemen.

He said: “The fact is — Iran is interested in working with us only to the extent that it protects its interests in pursuing its hegemonic goals in the region.”

He finished by offering his prayers to the members of the Iranian Resistance and noting that they stand in solidarity.

The “Free Iran” rally, to be held on Saturday, July 9, will not only expose the horrors of the regime but also seek to find solutions, its organisers say.

By Jubin Katiraie One of the characteristics of the...