John McCain: We must do more to protect the Iranian Resistance 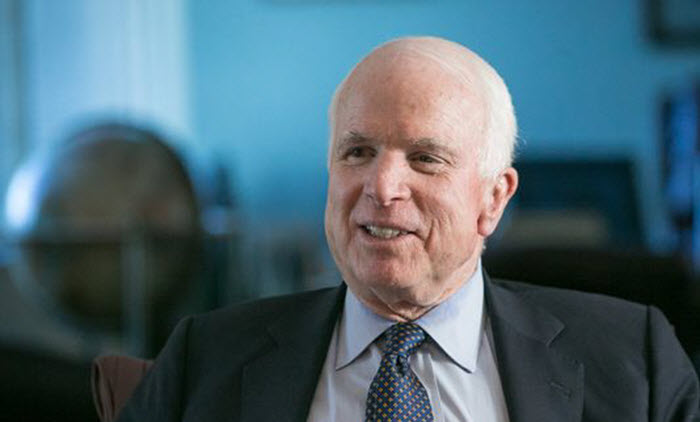 Washington, 8 Jul – Arizona Senator, and former U.S. Republican Presidential Candidate, John McCain, has expressed his disgust at the terrorist rocket attack on the Camp Liberty in Iraq on July 4.

He said: “I strongly condemn the July 4th rocket attack that injured dozens of residents at Camp Liberty. The Government of Iraq should provide immediate medical and emergency assistance to the victims, launch a full and impartial investigation of the attack, and bring those responsible to justice.”

This is not the first attack on Camp Liberty residents and John McCain said that despite the State Department’s efforts to relocate the Iranian dissidents to a safe country, he remains deeply concerned about the safety of those political exiles. He pleaded with the US and Iraqi governments to do more to protect them during the process and ensure access to food, clean water, and medical care.

Members of the main Iranian opposition group People’s Mujahedin Organization of Iran (PMOI or MEK) are at Camp Liberty.

McCain said: “The State Department and Government of Iraq should also work with the United Nations High Commissioner for Refugees (UNHCR) to prevent Iran from disrupting the resettlement process and attacking residents. Such attacks must not be tolerated, and those responsible must be held accountable.”

This Saturday, July 9, the Iranian Resistance will hold a rally in Paris to expose the crimes and human rights abuses of the “so-called moderate” regime.

Since last year’s nuclear deal the rate of executions has risen steadily; almost 1,000 people (including women and children) were executed in 2015 alone.

In fact, it’s highly suspected that the money raised through the nuclear deal has been used to fund the Iranian Revolutionary Guards Corps (IRGC), who were designated as a terrorist organisation by the USA.

AFP: Iran is stepping up efforts to build long...