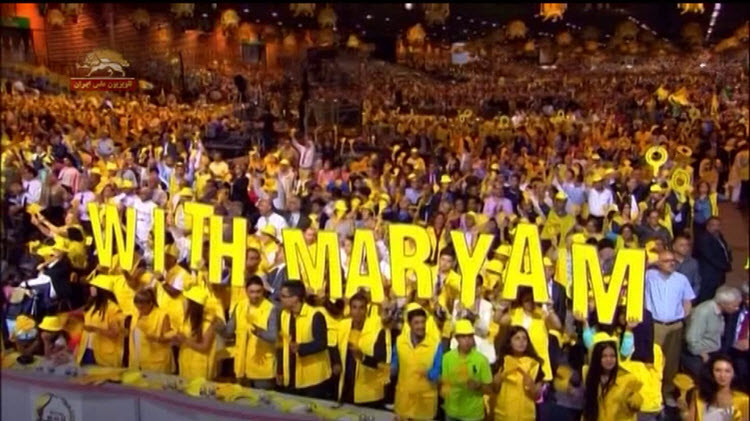 German intelligence reports showing various attempts by Iranian authorities to acquire nuclear technology in that country has only one meaning.  It means that last year’s nuclear deal with Iran will never guarantee the world its safety from the threat of a nuclear Iran.

Iranian mullah’s developed their nuclear capabilities through many years of covert activities.  They managed to mislead western powers using complex and deceptive tactics.  They bought themselves time by playing moderate or by giving half-way concessions. They bought time by coming to negotiating tables and walking out.  Even Iran’s top Ayatollah once issued a decree claiming that acquiring the nuclear bomb is against Islamic laws.

It was originally the Iranian resistance movement, the National Council of Resistance of Iran that disclosed mullahs’ nuclear objectives back in 2002.  And through the years, it was only the NCRI that insisted the Iranian regime continues to develop its nuclear program despite all contradicting reports.

It is certainly wishful thinking to imagine that the mullahs have given up dreams of becoming a nuclear power.  Their expansionist desires continue to flare although they may be forced to suppress them for a while. As proof, all we need is to look in the region and see the role the Iranian mullahs’ regime is playing in destabilizing its neighbouring countries as well as providing support for terrorism.

The mullahs only agreed to the nuclear deal last year when things started getting hard for them.  Sanctions were taking their toll on them and economy was at a very low point.  The mullahs could no longer trade and they could no longer sell oil.  They were clearly out of money.

At the same time the ruling factions at the top started barking at each other and blaming the other for the problematic situation the whole country had fallen into.  And very soon they all felt that the end of the Islamic Republic could be near.

Last year’s nuclear deal was not a great deal for the western powers but it was a remedy for the Iranian regime to get itself out of a very dangerous corner.  A corner where it could lose it all.

So the reports on Iran trying another chance at nuclear technology should be taken quite seriously.

The west should also listen to voices of those who originally exposed Iran’s plans to acquire the nuclear bomb.  The fact is the only real solution to the threats posed by the Iranian mullahs is to trust and help the people of Iran.  It is to help them bring about a democratic change in Iran and do away with the mullahs’ dictatorship once and for all.

Saturday 9 July, the Iranian resistance is holding a grand gathering in Bourget, France near Paris.  This event that is held yearly brings many thousands of Iranian dissidents and supporters of the NCRI together to rally and demonstrate the will of Iranian people to achieve freedom.

Let us hear the chants of democratic voices from Iran.  The Iranian people deserve to live free as a peaceful and contributing member of the world community.  Their freedom will help bring peace and stability to the region at a time it is being torn apart by fundamentalism and terrorism supported by the Islamic Republic. And that would ensure peace and security for the rest of the world.

Behrang T. Borhani is Director of Media Relations at Californiasdi.org

Chirac, on his own, reaches out to Iran

Reuters: Iran will resume some key work on its...