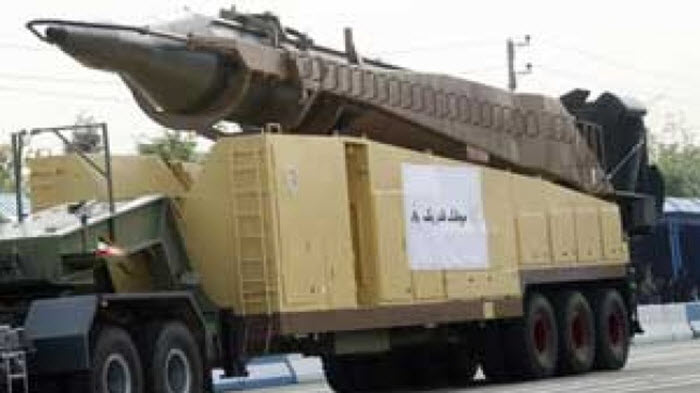 Washington, 15 Jul – The former Foreign Minister of Italy has written an op-ed for The Hill on the West’s mistakes following 2015’s “controversial” nuclear agreement.

Giulio Terzi said that Iran’s past actions should have shown the likelihood that they wold renege on the terms of the deal, but Western politicians continued to laud Iranian President Hassan Rouhani as a moderate. Considering the many reports by human rights organisations regarding Iran’s brutal treatment of political opponents, women, and minorities, the Regime is anything but.

Examples of a ‘moderate’ Iran?

• Imprisonment of political opponents and religious minorities
• More than 2,500 people executed since Rouhani took office
• Nearly 1,000 executions in 2015 alone
• Supporting terrorist organizations like Hezbollah and Hamas
• Propping up Bashar al-Assad’s dictatorship in Syria and helping to slaughter the Syrian people
• Ransacking the Saudi embassy in Teheran
• Installing Shia and proxy militias in Iraq and Yemen
• Continued use of nuclear weapons in violation of the United Nations (UN) resolution

Terzi said: “President Rouhani himself is now part of the escalating rhetoric that is emerging out of the nuclear agreement. In October 2015 Iran did test a ballistic missile with nuclear capacity – a violation of UN Security Council resolutions that could imply sanctions broader than those the Obama administration has already established. Carelessly, in the midst of international outcry the Iranian Revolutionary Guards Corps carried out other missile tests: four more, as we know. It did so with the explicit blessing of President Rouhani. When faced with light enforcement measures by the US, Rouhani ordered his Defence Ministry to ramp up production of these weapons. The Iranian President apparently believed that his American counterpart would not respond to further Iranian provocations. He was right. None of the latest missile tests drew countermeasures or reactions.”

This was, in fact, something Rouhani had boasted about when he served as a lead negotiator on the issue in the mid-2000s.

Terzi said: “It is time to realize that as far as the Iranian people are concerned, the outcome of negotiations has been overwhelmingly negative. That is the effect of any Western policy that further empowers regime insiders at the expense of those who are vying every day to change the regime into a truly democratic system.”

He urged that people listen to the political dissidents that make up the Iranian Resistance, led by Maryam Rajavi. The Resistance held a rally for a Free Iran, in Paris last Saturday, attracted over 100,000 supporters including bipartisan politicians from all around the globe like Newt Gingrich and Ben Richardson, prominent Middle Eastern figures, such as Prince Turki al-Faisal of Saudi Arabia.

Terzi said: “Any successful policy on Iran should hinge any improvement of relations upon improvement of human rights in Iran, should prevent any dealings with the Revolutionary Guards, the main apparatus of murder and terror, and should call for serious consequences for Iran dispatching its Guards and mercenaries to Syria, Iraq, Lebanon and other parts of the Middle East.”

Iran: Hezbollah Sanctions Are One Step in Curbing Iran’s Influence