Tom Ridge: We must support freedom for Iran 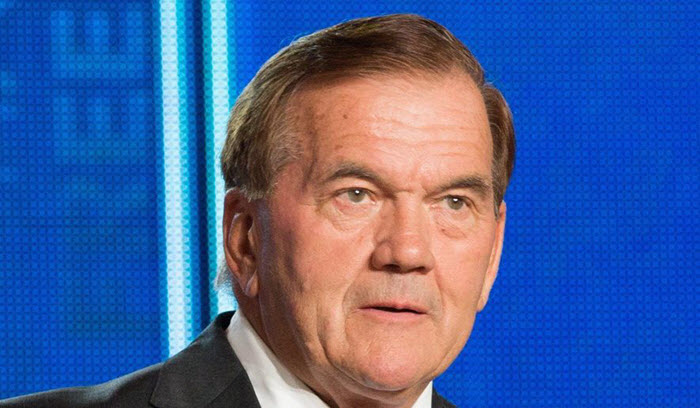 London, 15 Jul – In his speech at this past weekend’s “Free Iran” conference, which was published on the Washington Times’ website, Tom Ridge, former governor and congressman for the state of Pennsylvania, and a former Secretary of the U.S. Homeland Security Department, urged support of a free, democratic Iran.

He spoke about the beloved Iranian poet, Simin Behbahani, and the courage of her response to the Iranian regime’s brutalities following the 2009 public protest. “Stop this extravagance. Stop the reckless throwing of my country to the wind. Stop the screaming, the bloodshed, the mayhem. Stop doing what makes God’s creatures mourn in tears.” she wrote. Her bravery continued during the retaliation that followed.

Ridge criticized The Ayatollah and his handpicked leaders, accusing them of “throwing the great country of Iran to the wind since 1979.” Because the behavior of the leaders in Tehran won’t change, Mr. Ridge believes that it’s now the time to change the leaders. He declared, “Now is the time for free democratic societies to unite in support of a free Iran, a democratic Iran, a republic based on universal suffrage, the guarantee and protection of civil and human rights, the separation of church and state, the rule of law and peaceful coexistence with its neighbors.”

The National Council of Resistance of Iran (NCRI) and their President-elect, Maryam Rajavi, have created a credible and effective democratic movement. Their platform is to bring a democratic Iran to existence. The “Free Iran” rally brought together bi-partisan politicians and government officials from the US and the UK, elite Members of the European Union, and dignitaries of the Arab World to hear their message of freedom and democracy.

Mr. Ridge says, “This extraordinary organization, under the steady hand and inspiring leadership of Mrs. Rajavi, has resisted the regime’s murderous efforts to silence, no yet exterminate, the opposition. And we all know that all of their tools of repression — stones or matches — have lost and will continue to lose the power to harm or quash this movement toward democracy.”

AP: To understand the true significance of Iran's presidential...