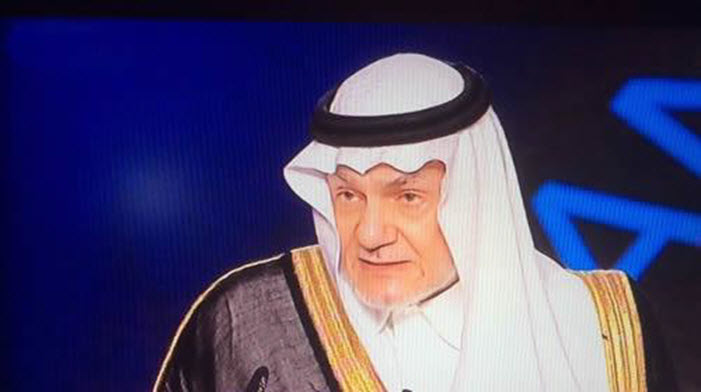 London, 21 Jul – Saudi Arabia has recently vocalised its support for the Iranian Resistance in what has been called a “redrawing of some lines of history.”

At the Free Iran rally in Paris earlier this month, Saudi Prince Turki bin Faisal spoke before 100,000 supporters of the Iranian opposition groups, the National Council of Resistance of Iran (NCRI) and the People’s Mujahedin of Iran (MEK), to declare his support for their leader Maryam Rajavi, and to call for the overthrow of Iran’s theocratic regime.

Former U.S. Attorney General Michael Mukasey, who was at the rally, said: “What I saw was perhaps the redrawing of some lines of history that everybody has insisted will persist until the millennium or the next millennium.”

Prince Turki, former head of Saudi Arabia’s intelligence branch, said: “Your legitimate struggle against the Khomeinist regime will achieve its goal, sooner, rather than later…I, too, want the overthrow of the regime.”

Howard Dean, a former Democratic presidential candidate told the Circa news organisation: “This is an absolute astonishing event.”

Iran has attempted to smear the Resistance, particularly the MEK, as terrorists but it is the Iranian Islamic Revolutionary Guards Corps (IRGC) who have been described as terrorists by the US.

Ramazan Sharif, the spokesman for the IRGC responded by citing “the longstanding link” between Saudi Arabia and the MEK, while Hossein Amir-Abdollahian, former deputy foreign minister for Arab and African Affairs, said that this confirmed Saudi Arabia’s support for “terrorism”.

Retired commandant of the Marine Corps and four-star General James Conway, said that Iran constantly interferes in Iraq and Syria, providing troops to fight in civil wars against civilians and backing terrorist groups like Hezbollah.

He said: “If you accept that a future Iran with nuclear weapons tied to terrorism could see one day a nuclear weapon in one of our cities that would make Iran a serious consideration, and I would say a serious threat.”

Newt Gingrich, former Speaker of the House, said: “That tells you that the Saudis are beginning to believe that the current dictatorship is such a threat, that they need to publicly, openly be with the Iranian freedom movement (and) that Iran is really a danger to the stability of the whole region.”

Death Penalty News: At least 411 prisoners have been executed...

Iran could face action over no-show at swimming

AFP: Iran could face action from the IOC if...