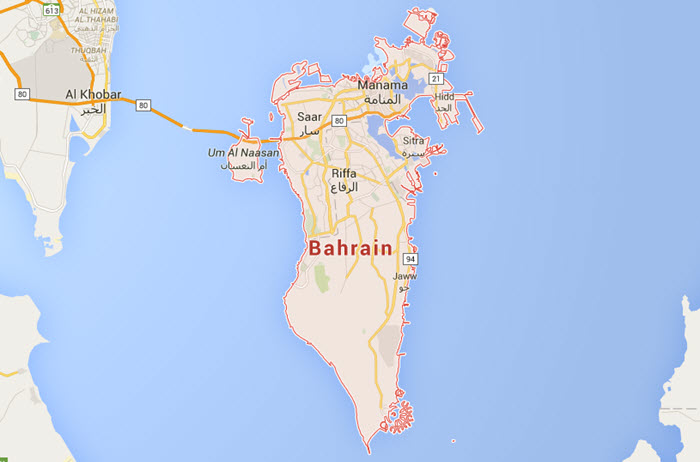 London, 22 Jul – Reuters reported on Thursday that the Kingdom of Bahrain has uncovered and dismantled an Iranian-linked cell plotting attacks on its territory. Five suspects were arresting after bomb-making materials, guns, and knives were discovered in their homes.

According to a statement by Bahrain’s interior ministry, the five men had received military training in Iran and Iraq. On Friday, The Asharq Al-Awsat reported that they men were members of a terrorist cell linked to the Islamic Revolutionary Guards Corps (IRGC) and the Iraqi Hezbollah, who received intensive training in terrorist activities at the camps. They were captured two weeks ago by Bahraini Security Forces in a preemptive strike.

A source at the Ministry of Interior confirmed to Asharq Al-Awsat newspaper that the cell is linked to Iran, “A secret terrorist plot aided by the so-called Iranian Revolutionary Guard and the Hezbollah terrorist organization was foiled,” said the ministry, adding, “It targeted the security of the kingdom of Bahrain by plotting to carry out a series of dangerous bombings.”

A number of weapons, communication devices, and equipment used in detonating bombs, as well as daggers, knives, and various currencies were found. Items suspected to be explosives were moved to a safe location.

Investigations into the backgrounds of, and testimonies given by these men, revealed a series of important security information.

• Mohammed Abduljalil Mahdi Jassim Abdullah, 28, received military training in Iran, including the use of pistols and automatic weapons, such as Kalashnikov and PKG. He was also trained to make bombs and use of explosives.

• Ali Ahmed al-Musawi, living in Iran, coordinated training and logistical support. When he returned to Bahrain, he used a car repair workshop in Hamad Town to store bomb-making materials and weapons.

• Mahmood Jassim Marhoon Mohammed Marhoom, 26, received military training in Iran by the IRGC and in Iraq by the Hezbollah brigades.

• Jassim Mansoor Jassim Shamloh, 25, confessed to receiving batteries used in bomb-making and remote control devices. He hid the items in his father’s home in Hamad Town.

• Ahmed Mohammed Ali Yousif, 23, confessed to transferring those batteries, remote controls, and wires used for making bombs to his flat with full knowledge of their nature and purpose.

• Khalil Hassan Khalil Ibrahim Saeed, 20, received and hid a number of batteries and remote controlled bomb detonators. He had full knowledge of the nature and purpose of the items.

Counterterrorism investigations continue as part of The Interior Ministry’s ongoing national security operations, and the citizenry has been called upon for any information about suspicious activity.

Bush calls Iran one of two greatest threats to America

The Times: President Bush warned Iran yesterday that if...