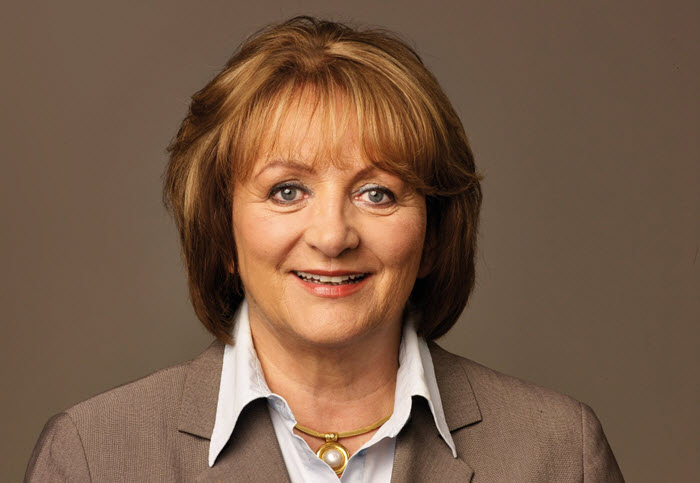 London, 22 Jul – In an article written on June 29 by Sabine Leutheusser-Schnarrenberger, and published on the Focus Online website two weeks prior to the court hearings that faced two Iranians in Germany, the former German Justice Minister talked about the issue of Iran’s espionage against the Iranian Resistance, in particular against members of the main opposition group People’s Mojahedin Organization of Iran (PMOI or MEK).

Leutheusser-Schnarrenberger served in two cabinets of former German chancellor Helmut Kohl and Chancellor Angela Merkel as the German Federal Minister of Justice. She has also been a member of the Liberal Party from 1978 and a Member of the German Bundestag from 1990 to 2013.

She writes (in German), “They are suspected of working for Iran’s secret service. This shows that we must not allow Iran’s so-called tensions decreasing policies deceive us. Iran’s espionage in Germany, both in terms of improving relations between the two countries and from a rule of law perspective, is unacceptable. This is in complete violation of the law and is in contrast with Germany’s sovereignty. Iran, despite all its so-called closeness, and despite all its superb promises and arrangements for a chance in the future, is continuously and knowingly violating our country’s sovereignty and the basic rights of our Iranian citizens who are struggling against this regime. This regime continues to punish itself with its own lies: these are all in contrast to the activities pledged and advertised by the “moderate” [Iranian President Hassan] Rouhani.”

According to the statements issued by the German state attorney general, “They must have been involved in espionage from January 2013 to August 2014 for the Iranian secret service by spying on the Iranian opposition movement ‘People’s Mojahedin Organization of Iran’ (PMOI/MeK) and ‘National Council of Resistance of Iran (NCRI).’

The court then warned about the intensity of Tehran’s activity in Germany. “Everything is not new in this regard. The lethal hunt of the Iranian regime’s dissidents abroad, and especially in Germany has reached its climax before: the Mykonos restaurant assassination (September 1992). The arbitrary murder of Kurdish minority community representatives was a massacre like no other Iranian activity in Germany prior to that. In court it became certain that the Iranian government had approved and organized this crime. Therefore, for the first time a ruling was issued making it clear that the Islamic republic of Iran places orders for murder.”

From a perspective of violating German sovereignty and people’s fundamental rights, Ms.Leutheusser-Schnarrenberger says, “…the current court is seeking to discover to what extent Iran’s espionage was active in Germany and violated German citizens’ rights. I welcome the success of the German prosecutor’s prosecution and inspection because it is now very important, as we are in a situation when congratulations are going around with joy and euphoria for the new relations between the German Federal Republic and Iran. One cannot understand how in contrast to such language the situation in Iran has actually improved. In fact it has significantly deteriorated. The regime intensifies its efforts to suppress dissidents inside the country through torture and executions, and shuts out the Resistance through any means possible. The Iranian president’s visit to Vienna was cancelled at the last moment after Austria refused to ban a PMOI/MeK rally against Rouhani as Tehran had officially requested.”

Finally, she calls for an end to Iran’s espionage, “For preventive measures there must be coordination amongst those involved and security organs. International connections must be established. These entities must join force to confront Iran’s international activities, as they did with ISIS considering the fact that this group is the seed of Islamic fundamentalism. This phenomenon has been the biggest threat and must be confronted wherever it rises. Each year the authorities involved in German security affairs issue reports regarding Iran’s “security service” active in Germany and Europe. These groups have the PMOI/MeK and NCRI under their surveillance.”

AFP: The United States has authorized the release of a...