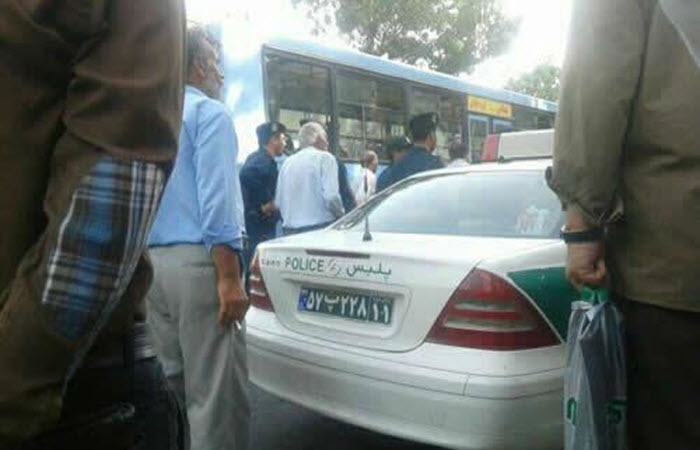 Iran Focus
Tehran, 27 Jul – Thousands of Iranian Azeris took to the streets on July 26 to protest insulting comments made about their community in the state-run daily Tarhe-No.
Iran’s largest ethnic minority protested across Iran’s Eastern and Western Azerbaijan provinces. In Tabriz, thousands gathered in Darayi Street and chanted slogans.

The regime responded with special anti-riot troops using water cannons and rubber bullets. Eyewitnesses reported that a number of protesters were arrested.

In Orumieh (Urmia), protestors marched from Atai Street towards Imam Khomeini Street. Anti-riot troops were also deployed here, and a number of protesters were said to have been arrested. There are reports that students at the University have also begun a protest.

Commenting on Tuesday’s rallies, Shahin Gobadi of the Foreign Affairs Committee of the National Council of Resistance of Iran (NCRI) said, “This is another sign of growing discontent in Iran”.

“The Iranian people use every possible opportunity to manifest their loath and hatred towards this regime which doubly suppresses ethnic and religious minorities”, he added.

Reuters: Iran said on Monday it was working with...

AP: Envoys from the West and Islamic nations -...