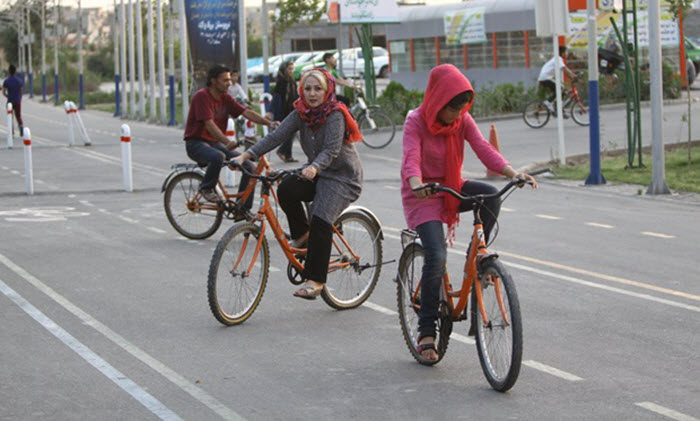 Tehran, 27 Jul – A group of women and girls was arrested for riding bicycles in Marivan, in Iran’s Kurdistan Province on July 26.

The women were stopped from participating in the sporting event by police who told them that a new national law made cycling in public “unlawful” for their gender.

The women and girls were instructed to sign pledges to desist from any further such “violation.” Those who protested were taken into custody.

Ms. Farideh Karimi, a member of the National Council of Resistance of Iran (NCRI), said that the new law demonstrated the misogyny of Hassan Rouhani’s government, and was of a piece with the increase in human rights abuses on his watch. She added that the UK’s Foreign Office, in its most recent update on Iran last week, stated that the human rights situation has worsened in the past six months.