Former US Governor: Iran hijacked by “thugs and murderers” 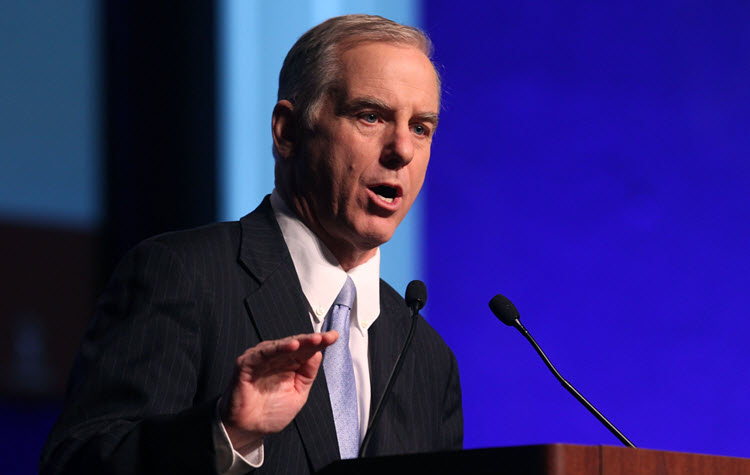 London, 3 Aug – Former Vermont Governor and Yale professor, Howard Dean, told Breitbart News that Iran has been hijacked by “thugs and murderers,” and should not be considered “a Muslim country.”

Speaking to Adelle Nazrian at the mass Free Iran rally organised by the National Council of Resistance of Iran (NCRI) and the People’s Mojahedin Organization of Iran (PMOI or MEK) on July 9 in Paris, Dean said that Iran has “some of the highest rates of execution in the world,” and was guilty of “torturing political prisoners,” giving the country “one of the worst human rights records in the world.”

Iran, he said, is “a destructive force in the world.”

Most Muslims were not terrorists – indeed, Dean said, Muslims were more likely to be the target of terrorism than non-Muslims – and those who used violence were not religiously motivated but were “psychologically disturbed.”Iran is “the farthest thing from an Islamic Republic,” he concluded.

Dean also argued that he did not think the nuclear deal with Iran  was “a good deal.”

Iran seems unmoved by specter of sanctions against North Korea

New York Times: For the most part, Irans leaders...