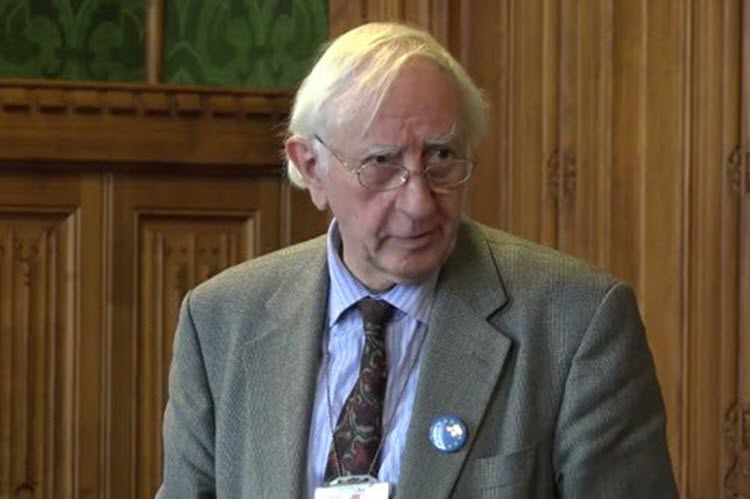 London, 11 Sep – Lord Cotter, former Member of Parliament (LD) for Weston-super-Mare, and life peer in the House of Lords, began by thanking the noble Lord, Lord Alton, for securing this debate.

“There are many areas of concern about the implementation and promotion of Article 18 of the Universal Declaration of Human Rights. The key point is that it is an essential component of the UN charter, from the UN’s original formation when the United Nations Assembly was conceived. It is very important because of that,” he continued, and added, “There are many parts of the world where Article 18 is not respected but I want to speak about one country in particular and support what the noble Lord, ​Lord Clarke, has said. I hope that by both of us speaking on this issue this point will be addressed; namely, concerns about Iran.”

He said that Article 18, which sets out the right to believe, not to believe, or to change your belief, is broken every day in Iran. As proof of his point, he referred to the nearly 1,000 executed in Iran last year because of their religious or political beliefs.

“The recent upgrading of our relations with Iran is most puzzling in the light of consistent human rights violations,” he said.

Especially concerning  for him is that the Christian community is under attack, and that  Christians are prevented from practicing their religion, are deemed illegal, and are harassed and intimidated. But he added, “It has also been highlighted that Baha’is are being executed, tortured or imprisoned in great numbers.  Iran is one of the world’s 10 most inhospitable countries for Christians and those of other beliefs.”

He asked that we look at the fact that many of those who involved the 1988 massacre of political prisoners are still very much in charge, and called it “naive to think there will be any change unless the international community raises the cost for the Iranian authorities of committing these atrocities against members of religious minorities and ordinary citizens.”

He went on to urge the Government to demand prosecution of those known to have participated in the 1988 massacre, “and impose sanctions on the identified perpetrators for their role in the systematic abuse at that time.”

“Like my colleague, the noble Lord, Lord Clarke, I am very interested in Iran and have been to the many international events that have been held. I urge the Government to listen to Maryam Rajavi, who symbolises interfaith harmony between Christians and Muslims in that country, and to examine her 10-point democratic platform. Her plan, absolutely required in Iran, is also a possible route for many other countries. I hold it in great regard, and we in this country should support what she says and its implementation in Iran,” he concluded.

America to ramp up diplomacy against Iran

New York Sun: America next week will step up...