UPI: this is a “new era for the PMOI” 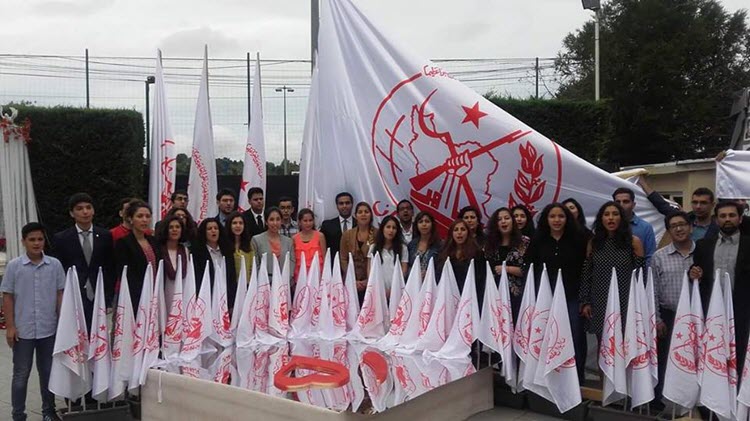 London, 11 Sep – Writing for UPI yesterday, a United States former senior anti-terrorism officer in Iraq,  Col. Wesley Martin, argues that there are “more and more reasons to be confident that an altogether new era for the PMOI has emerged.”

The People’s Mojahedin Organization of Iran (PMOI or MEK) is, he argues, becoming better understood in the West. At the same time, the Iranian regime is increasingly exposed for what it is.

Col. Martin points to the 10-point plan of Maryam Rajavi, the president of the political coalition, the National Council of Resistance of Iran (NCRI), “as embodying the essential principles of any democratic nation in the modern world.”

While there is increasing recognition that such a political philosophy could “end extremism” in the region, there is also a realisation of the significance of the PMOI’s past suffering, he says.

On September 9, in spite of the best efforts by the Iranian regime, the final group of PMOI members left Iraq under the auspices of the UN. Thousands had located there after their expulsion by France in the 1980s. After the Iraq War, and the penetration of that country by Iran, the PMOI was subjected to blockade and harassment by Iran’s proxy forces and missile and other attacks, which left 177 dead.

“No one,” Col. Martin says, “has ever been held accountable for the crime.” It took a hard-fought campaign by the PMOI and its supporters in Congress and in European parliaments to remove the residents from the “constant threat from Tehran.”

The growing appreciation of the PMOI’s history and the exposure of the nature of the regime meet in the story of the 1988 massacre of 30,000 political prisoners, mostly members of the PMOI.

In August, an audiotape was posted by the son of Khomeini’s then heir-apparent, Ayatollah Hossein-Ali Montazeri, in which, speaking to those charged with the implementation, (then as now, senior members of the regime), he is heard describing the massacre as “the worst crime.”

This “unprecedented recognition” of the crimes of 1988 has, Col. Martin says, “spurred Tehran’s victims and their families to come forward with their own accounts.” These accounts are reaching the West.

It is, he says, “increasingly difficult to deny that the past and present crimes of the Iranian regime solidify that regime’s status as an enemy of the world community and modern times.”

Simultaneously, “both the principles and the historical suffering of the MEK make it clear that the Iranian resistance deserves a much closer alliance, and much greater effort, than we have given it so far.”

Share
Facebook
Twitter
Pinterest
Linkedin
ReddIt
Previous articleMaryam Rajavi: The beginning of the Iranian Resistance’s march towards freedom and democracy, heralding a new era of change.
Next articleLord Cotter: the rights to believe, not to believe, or to change your belief, is broken every day in Iran

New York Times: The Iranian leadership is vowing to...

Iran is ‘only power’ that can secure Gulf: commander

AFP: Iran is the "only power" that can secure...