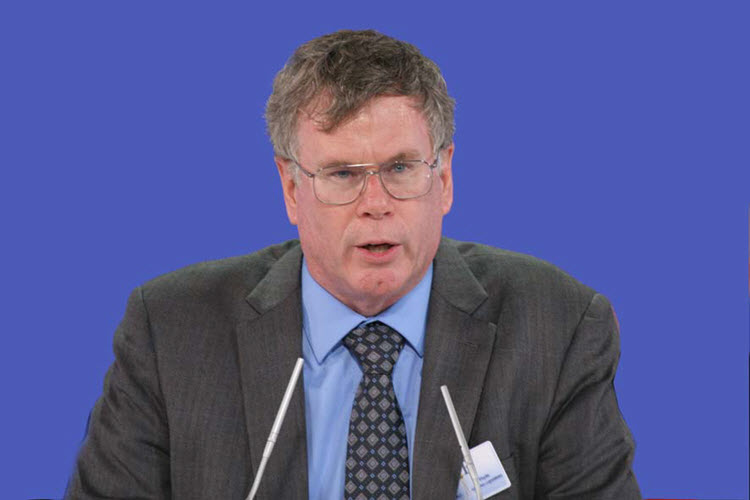 London, 11 Sep – In an articlefor UPI on September 9, by retired U.S. Army Colonel Wesley Martin, who served as the senior anti-terrorism officer in Iraq from 2003 to 2004 and the senior operations officer for detention operations in from 2005 to 2006, he talks about the history of People’s Mojahedin Organization of Iran (PMOI/MEK).

Near the end of the Iran/Iraq war, in the summer of 1988, a massacre of nearly 30,000 people was carried out over a period of just a few months in the Islamic Republic of Iran.  These people were political prisoners, many of whom had already served their sentences and were awaiting release. They were put to death after trials that lasted only a few minutes; trials that were no more than loyalty tests for the regime. The targeted victims were the members and supporters of the People’s Mojahedin, who stood in opposition to the increasingly repressive theocracy.

That massacre, 28 years ago, marked the beginning of the regime’s attempts to stifle the resistance group, and was the start of a long history of hardship for the MEK, which would spill over the borders of Iran.

The MEK members built a community in Iraq called Camp Ashraf during the ‘80s. But at the end of the U.S. occupation, thousands of MEK members had to be relocated out, after two attacks on the residents by the Iranian regime’s connections within the Iraqi government.  So an agreement was made between the Iraqi government, the United States, the United Nations. The Iranian exiles were temporarily relocated to a former U.S. military base near the Baghdad airport while they awaited resettlement to foreign countries. However, before the move to the military base was completed, Camp Ashraf was attacked, resulting in over 50 deaths. To date, no one has been held accountable for the attack.

The new location was named Camp Liberty, and was intended to be a layover on the MEK members’ journey to their relocation well away from Tehran. Time went by, though, and barely a word was said about the 2011 agreement. Supporters of the MEK in the U.S. Congress and other Western legislatures made repeated inquiries into the situation, but received little response.  In the meantime, Camp Liberty endured five missile attacks, a blockade of their medical supplies, and denial of basic services resulting in dozens more deaths.

UN High Commissioner for Refugee, assisted by the U.S. Embassy, finally organized a scheme to resettle the group. On Friday, the final residents of Camp Liberty left Iraq safely, even though the Iranian regime tried to prevent it. The MEK members’ unwavering commitment resulted in massive international support from U.S. dignitaries, members of Congress and European parliamentarians.

The resettlement comes at a time when there is more reason to be confident that a new era has emerged. political discourses in recent weeks inside the Islamic Republic has changed dramatically, following the release of an audio recording made in 1988, where then-heir to the supreme leadership Ayatollah Hossein-Ali Montazeri criticized the his fellow leaders for what he described as “the worst crime” in the history of the regime. Montazeri’s account of the massacre has provided recognition of its true severity.  This newfound atmosphere of awareness regarding the nature of the Iranian regime, has spurred Tehran’s victims and their families to come forward with their own accounts.

Revelations about the massacre are making their way into the West, and are finding a growing population of advocates for Iranian resistance. It’s becoming increasingly difficult to deny that the past for the Iranian regime. Conversely, the principles and the historical suffering of the MEK make it clear that the Iranian resistance deserves a much closer alliance with the West.

The MEK stands for civic freedom, human rights, and democracy in Iran. The 10-point plan of President-elect Maryam Rajavi, who heads its political coalition, the National Council of Resistance of Iran (NCRI), embodies the principles of democracy. The plan outlines a future Iran, based on secularism, free and democratic elections, the active promotion of womens’ rights, and resistance of the current regime’s policies of aggressive intervention.

This new era may finally recognize that the Iranian resistance is a force to bringing freedom and democracy to Iran and will help stabilize the region.