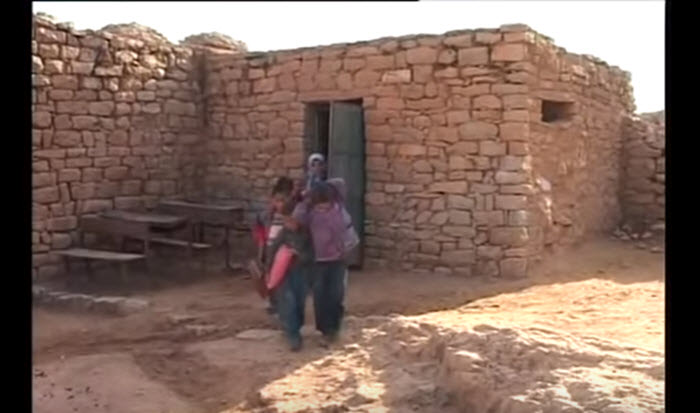 London, 15 Sep – A member of the Iranian regime’s parliament has pointed out the plight of schools in the villages of Izeh, saying, “it’s worrying that after 37 years from the revolution, the students of these towns have to study in animal shelters.”

So reports the National Council of Resistance of Iran (NCRI) on September 14.

Hedayatollah Khademi, in a speech in the village said,”These villages are lacking amenities. 30 years ago, I had a trip to Sabzi which at the time was a very beautiful village with abundant paddies. Unfortunately, villagers have now lost those paddies due to water shortages,” according to “Tasnim” news agency, September 12.

When speaking about the situation in “Seyed Khedr” village, Khademi said, “When I arrived in this village, I noticed the highest level of inefficiency. Several families are living in this place and you can hear deprivation shouting.” He added, ”When I visited the school in this village, I saw two places used for keeping animals. I noticed that one of them was dedicated to be used as a classroom. This is worrying, the fact that after more than 30 years from the revolution we see such places used for education in the country.”

“There are many areas and villages that have these same problems while nothing has been done for them in recent years,” he said.

Khademi asked this of the regime’s Minister of Education, “what is the reason behind the fact that students in Khuzestan province have to study in animal shelters? Is it the same in other cities of Iran? How much setting up a conex to be used as a classroom for students is going to cost the Ministry?”

He continued, “If only one millionth of these payrolls and embezzlements taking place in the country was dedicated to Izeh and Baghmelk, then we would definitely see these cities prospering.”