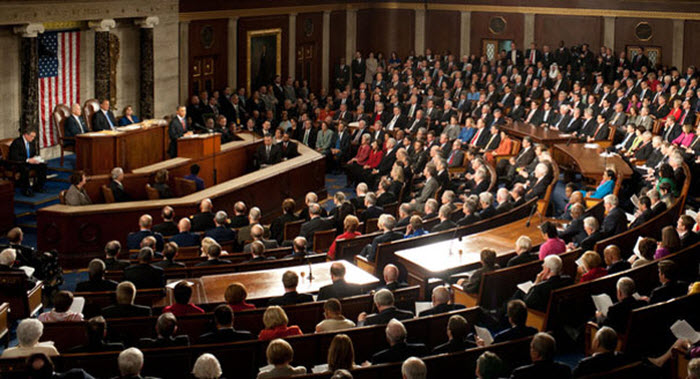 London, 23 Sep – The US-Iran Nuclear deal which was signed in January this year has been widely criticised since coming into effect. Politicians and the public alike have also questioned the $1.7 billion cash ransom for releasing hostages, held by the Iranian authorities. A new bipartisan bill named as the Iranian Leadership Asset Transparency Act has been passed to ensure that the financial dealings of the Iranian Regime remain as transparent as possible.

During the reading of the bill, references were made to the remarks by the State Department who called Iran “the world’s foremost state sponsor of terrorism.” The Press Release which followed the bill highlighted that “cash is the preferred currency of terrorists”, criticising the decision made by the Obama Administration to hand over billions of dollars. Negative remarks have also been made to the US-Iran Nuclear Deal. “Just last week, the U.S. State Department said it couldn’t rule out the possibility that President Obama’s nuclear deal has emboldened Iran into becoming more confrontational with the United States.”

Hensarling also referred to the statements made by the Treasury Department regarding Iran. The Department has named Iran a “’jurisdiction of primary money laundering concern’ thanks to its support for terrorism and the use of its banks to facilitate nuclear and ballistic missile initiatives.” Simply put, the Nuclear deal seems to have “emboldened Iran into becoming more confrontational with the United States” which is a worrying trend.

The leaders of Iran hold most of the country’s assets in their hands, while an “average Iranian citizen earns about $15,000 a year.” In addition to financial superiority, the leaders are also in charge of the country’s military assets, with Revolutionary Guard Corps being very involved in many of the country’s economic sectors. This level of corruption makes it difficult to make any deals, particularly in business, with this country.

The purpose of the bill is to “understand the assets held by Iran’s most powerful military and political elite.” For this reason, the bill will aid the production of a report of many of Iran’s political leaders “including Iran’s Supreme Leader, President, the 12 members of Iran’s Council of Guardians, the 42 members of its Expeditionary Council, and roughly two dozen senior military leaders” to estimate how much wealth is owned by them in various assets and funds.

Because the information would be publicly available, the bill would help businesses and institutions to choose whether they wish to have any dealings with the country. The bill will also aid them in compliance with laws that regulate money laundering so that they don’t “inadvertently become involved in money laundering and sponsorship of terrorism.”

The report would be posted online to ensure access for the public, particularly the Iranian citizens, to help them gain a better understanding of Iran’s economy and the harm which is caused to other citizens by the level of corruption within Iran.

Iran: Findings of the 9/11 Commission

Iran Focus: The following are excerpts from the 9/11...