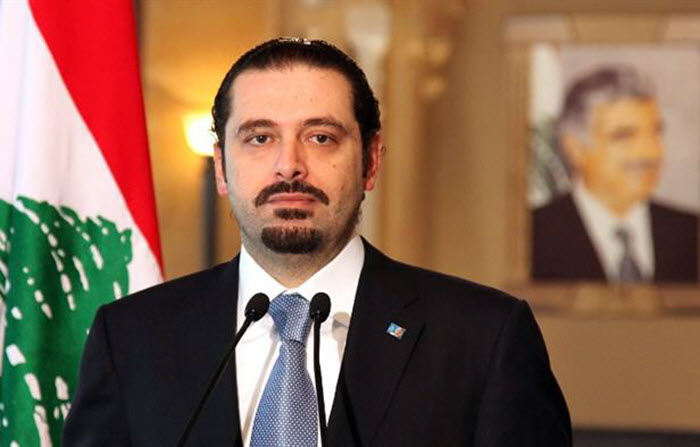 London, 23 Sep – Earlier this year, Iran’s Islamic Republic News Agency (IRNA) admitted to the allegations that Iran had been supplying the Houthi forces in Yemen with ‘Zelzal-3’ missiles which were made in Iran. Saad Hariri from the Lebanese Parliament (who also served as Lebanon’s prime minister between 2009 and 2011) blames Iran for the crisis in Yemen and the instability in many other countries within the Middle East.

The ‘Zelzal-3’ rockets have been known to be used by Syrian and Hezbollah forces. Despite the discovery, the Iranian Foreign Ministry Spokesman Bahram Qasemi still claimed that “The Islamic Republic of Iran’s fundamental policy is still based on the establishment of stability and security in the region.”

Hariri is clearly in different thoughts regarding Iran’s commitment to peace in the Middle East. In an article for New York Times, he stated that Iran needs to stop “meddling in Arab affairs, from Yemen and Bahrain to Iraq, Syria, and Lebanon.”

He reminded of the death of his own father, Rafik Hariri (who also served as Lebanon’s Prime Minister) along with 22 other Lebanese civilians, highlighting that Iran had sponsored the Hezbollah forces which were responsible for this attack. Hariri also reminded how the Hezbollah turned their arms on the Lebanese citizens in 2008, and their continuous attempts to throw a spanner in the works of the Lebanese government, preventing a new president from being elected and imposing “a devastating gridlock on the country’s government in order to blackmail the citizenry into accepting its demands.”

Hariri named Iran as the “world’s greatest state sponsor of terrorism since the late 1970s,” causing instability in Lebanon and other Middle Eastern countries.

Hariri also sketched out the role which Iran had played in creating the refugee crisis by supporting Hezbollah and its militias fighting in Syria to defend Bashar al-Assad, whom Hariri calls “the brutal dictator condemned in the United Nations and around the world for presiding over the deaths of at least a quarter million of his own people.” 1.3 million Syrian refugees have also been driven into Lebanon to escape the regime.

Hariri further outlined the role that Iran played in destabilising the leadership structures in place in Iraq and other countries, referencing the statements made by Ali Reza Zakani (who works closely with the Iranian leader Ali Khamenei) that “three Arab capitals have today ended up in the hands of Iran and belong to the Islamic Iranian revolution”, with the fourth being on its way. The four capitals that are in the hands of Iran, according to Zakani, are Beirut, Baghdad, Sana, and Damascus.

Hariri regrets that the world has been quick to forget the hostages in the 1980s which saw many Westerners and USA citizens captured by “Iranian proxies” across Lebanon and the 241 lives lost during the bombing of the Marine barracks at the Beirut airport. He expressed a hope that with the support of Saudi Arabia, peace in the Middle East can once again be restored. But for that to happen, Iran “must stop meddling in Arab affairs, from Yemen and Bahrain to Iraq, Syria, and Lebanon.”

Recently Nizar Zakka, a Lebanese-born US resident, businessman and campaigner was sentenced to 10 years and jailed in Iran, after having been invited by the Iranian government to give talks during a conference, highlighting further the tension between Iran and Lebanon.

An article published in the American Thinker by Mr. Shahriar Kia from the People’s Mojahedin Organization of Iran (PMOI or MEK) also outlined the threat which Iran poses to the hope of stability within the Middle East, claiming that U.S. should make it their core foreign policy to transform Iran by supporting the National Council of Resistance of Iran (NCRI).