17 senators demand investigations on the Iranian military activities against the U.S. since the JCPOA 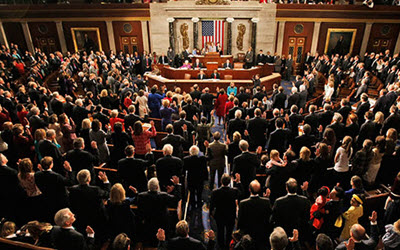 London, 16 October –  A group of U.S. senators are concerned that Iran has been sponsoring attacks on the U.S. Navy by supporting Houthi rebels with the money from The Joint Comprehensive Plan of Action (JCPOA). They have requested that an official inquiry is carried out by the Pentagon to establish whether Iran has engaged in more military dealings since the deal was made.

Sens. Kelly Ayotte (R., N.H.) and Ted Cruz (R., Texas) are leading the inquiry to demand the Pentagon to execute a formal investigation into the matter. The lawmakers sent an official letter sent on Tuesday, October 11 to the Secretary of Defense Ash Carter and the Joint Chiefs of Staff Chairman Joseph Dunford.

The group fears that the U.S. $1.7 billion payment would be used further to create instability within the Middle East since evidence already suggests that at least some of the money has been used to sponsor Houthi rebels in Yemen.

This would not be the first time that Iran has been thought to be supporting terrorist organisations. The Islamic Republic of Iran is believed to be adding fuel to the many ongoing conflicts in Syria by supplying the Hezbollah rebels who fight on al-Assad’s side with rockets made in Tehran, thus further destabilising the country.

This is expressed in the version of the letter that has been obtained by The Washington Free Beacon. “Iran is almost certainly using this windfall to skirt the arms embargo and illicitly purchase weapons for the Islamic Revolutionary Guard Corps (IRGC), the terrorist organization Hezbollah, and/or the murderous Assad regime in Syria.”

“It is not a coincidence that Iranian aggression against America and our allies has doubled since the JCPOA went into effect—the $150 billion signing bonus is clearly going a long way,” Cruz said in an interview for The Washington Free Beacon.

The most concerning part of the inquiry is that there is a chance that the U.S. taxpayers may be unwittingly sponsoring worldwide terrorist organisations, thanks to the JCPOA deal. The letter makes these feelings clear. “We are deeply concerned that this large infusion of U.S. taxpayer-funded cash into the coffers of the world’s leading state sponsor of terrorism is going to further embolden Iran and result in our troops and our allies confronting more lethal and better-equipped adversaries and potential adversaries.” The letter also states that “the plain purpose of transferring the payment in cash to Tehran was to circumvent the effects of U.S. and international financial sanctions.”

The senators expressed their worry that the Pentagon was not informed of the payment at the time, which is a shocking act on the behalf of the Obama administration. “While we understand that other agencies and departments would be in the lead for such a transaction, we are deeply concerned that President Obama and the rest of the administration did not think it was necessary to even notify the secretary of defense or the chairman of the Joint Chiefs of Staff that the United States was about to provide the world’s leading state sponsor of terrorism with $1.7 billion in cash.”

“It seems clear that the Obama administration’s injection of substantial, liquid financial resources into Iran’s military budget also has significant and obvious implications for America’s national security interests and required military posture in the Middle East.”

Why the World Rejects Iran as an Economic Partner?

It took ten years for 15 Asia-Pacific countries to...

Iran Regime Is Taking Over Middle East; What Can We Do?