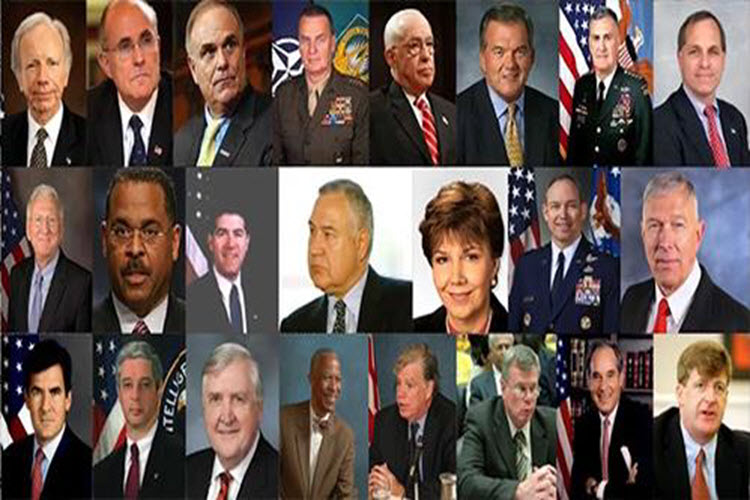 London, 23 Jan – Twenty-three former senior US officials have written to Donald Trump, asking him to counter the Iranian regime.

The letter spells out why Trump should instigate talks with the Iranian Resistance.

It states that the Iranian mullahs have exploited every loophole in order to undermine the Iranian nuclear deal to damage US interests and oppress their own people.

It read: “It is time to end the fundamentalist regime’s undue influence over US policy and establish a channel of dialogue with the NCRI [National Council of Resistance of Iran], as many other governments have done, consistent with the longstanding US diplomatic practice of dialogue with political opposition groups worldwide.”

The letter’s writers implore Trump to work with the Resistance, as other countries are, in order to cement peace in the middle east.

George W Bush credited the Iranian Resistance with bringing to light important information regarding Iran’s secret nuclear weapons facilities, while Hillary Clinton as Secretary of State under President Obama saw them removed from the US terror list.

Of course, the Resistance should never have been on the list in the first place. They were only there to placate the Iranian Regime, a move that did not work.

Dr Majid Rafizadeh, President of the International American Council, wrote on the Huffington Post: “For Iranian leaders, the NCRI is a serious threat to their hold on power. They fear foreign governments’ cooperation with the NCRI because it would put significant pressure on the ruling clerics and tip the balance of power against them. Iranian leaders fear that Iranian opposition might inspire the disaffected youth in Iran to protest against the government. Khamenei has repeatedly shown that his main concern is such infiltrations.”

He points out that this is the only way to support US interests in the middle east.

Reuters: A prominent U.S. lawmaker has asked the small...

Reuters: Iran on Tuesday exulted at a U.S. intelligence...