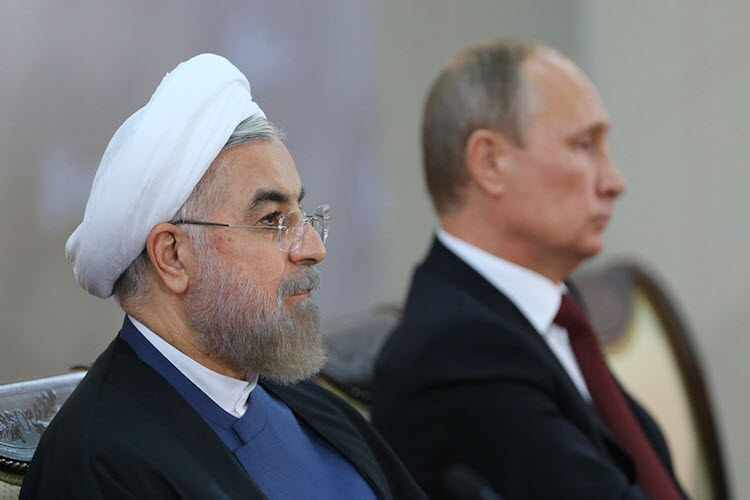 London, 25 Jan – As the Trump administration coordinates its outreach to Russia, the major question is whether Trump can convince Putin to break ties with Iran.

Since the nuclear accord in 2015, Russia and Iran have grown ever closer. Russia has sold air defence systems to Iran and Iran has provided military personnel to conquer Syrian cities that have been levelled by Russian bombs.

According to Eli Lake on Bloomberg Views, Trump officials will explore the possibility of Russia cooperating with the US on middle eastern policy.

Michael Ledeen, who during the transition served as an adviser to Trump’s national security adviser, Michael Flynn, said: “It’s important to find out what are the limits of Russia’s willingness to cooperate with us with regard to Iran.”

In a book written by Flynn and Ledeen regarding national security. They are critical of Russia value in the fight against ISIS: “When it is said that Russia would make an ideal partner for fighting Radical Islam, it behoves us to remember that the Russians haven’t been very effective at fighting jihadis on their own territory, and are in cahoots with the Iranians. In Syria, the two allies have loudly proclaimed they are waging war against ISIS, but in reality, the great bulk of their efforts are aimed at the opponents of the Assad regime.”

Lake even accuses Trump of following in Obama’s footsteps by refusing to withdraw from the Iran deal right away, unlike Republican opponent Ted Cruz.

So, the Trump administration will need to convince Russia to cut ties with Iran and it might be harder than it seems, given the close relationship between Trump and Putin.

It also remains unclear what Russia would want in exchange for ditching a key trade partner.

Michael McFaul, a former U.S. ambassador to Russia, said: “Are we going to buy Russian weapons systems that Moscow can now sell to Tehran? Of course, not. Are we going to get our Sunni allies to do so? That seems unlikely. I just don’t see what Putin has to gain from such a deal.”

However, Putin does have things that he wants from the USA, like a reduced US presence in NATO countries that border Russia and sanctions against Russia for the annexation of Crimea lifted.

But how then to get Iran out of Syria?

Matthew McInnis, a former Defence Intelligence Agency analyst on Iran who is now a resident fellow at the American Enterprise Institute, told me: “I see absolutely no way that you drive the Iranians out of Syria. But I could see how you reduce Iranian influence and presence there. That is a goal they could pursue.”

How? By rebuilding a Syrian army that Iran could not control.

He said: “Trump could also use the opportunity to play mind games with Iran’s notoriously paranoid leaders. The Romanovs humiliated Iran in the 19th century with punitive treaties. Last summer tensions rose briefly when the Russians acknowledged they were flying air missions out of Iran into Syria. Iranian mistrust of Russia can be exploited with deft diplomacy.”