Former CIA director: US must keep military action in Iran on table 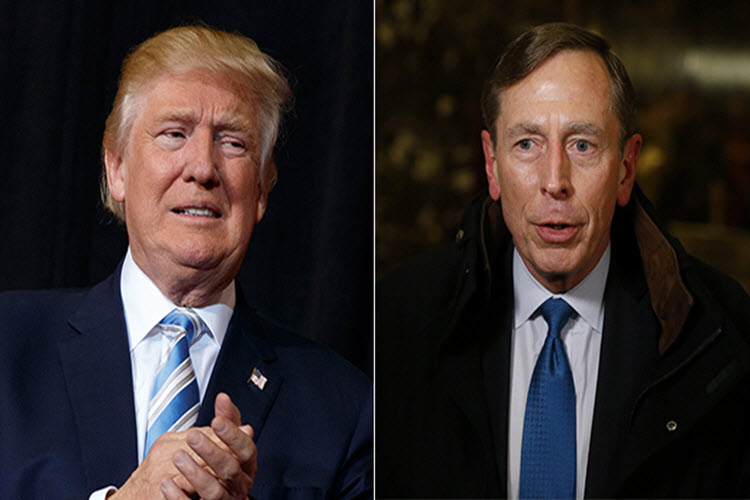 London, 25 Jan – A former CIA director announced at a security conference in Tel Aviv that the Trump Administration should not rule out military action in Iran.

General David Petraeus, who was at the tenth conference of The Institute for National Security Studies, said: “The US must prepare for action against Iran, if necessary.”

Petraeus was one of the final candidates for Secretary of Defence under Trump but lost out to retired Gen. James Mattis.

Petraeus praised Trump for spurring Europeans to increase their border security but warns that talk must be backed up with action.

Trump is expected to meet with Israeli Prime Minister Benjamin Netanyahu to discuss crucial topics, like the Iran nuclear deal, with they have both publicly opposed.

Petraeus commented, “I told Trump that we need to repeat what we want – for Iran not to have nuclear weapons and for the Islamic Republic to stop striving for a Shiite hegemony in the region. If you ask the Gulf states, their first problem is Iran, and only afterwards comes ISIS, Yemen, the Muslim Brotherhood, and then the Palestinian problem – which was in first place for many years”.

He continued: “The US must declare that it will not enable a nuclear Iran and that the American military will be ready for action in the region, if and when. In addition, the US should work on a joint operation with the Allies if necessary”.

The head of the Institute for National Security Studies, Maj. Gen. (res.) Amos Yadlin agreed with this policy.

He said: “The Trump administration presents an opportunity, which hasn’t always been available, for the Prime Minister to amend a strategic mistake he made in the summer of 2015. Instead of operating against a deal supported by the US and the world’s powers, without actually providing a better alternative – the right thing to do would be to coordinate with the US on how to deal with Iran’s negative, non-nuclear activity and with the negative outcomes of the Deal in the long run.”

Bloomberg: DaimlerChrysler AG, the world's largest truckmaker, is being...