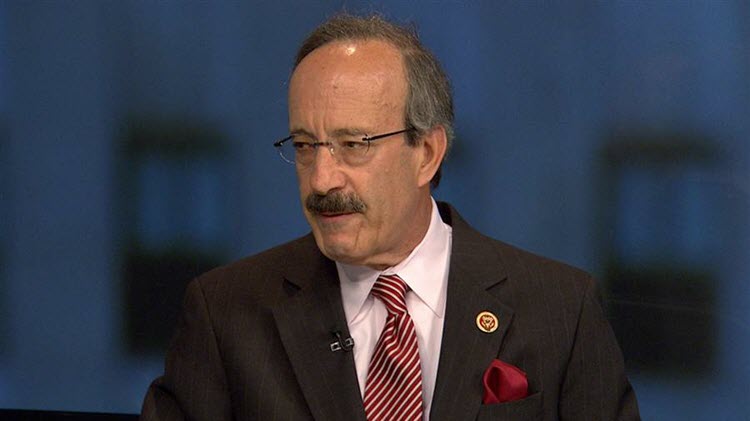 London, 30 Jan – Iran poses a threat to the middle east, and especially Syria, according to Congressman Eliot Engel, a Ranking Member of the House Foreign Affairs Committee.

Engel made this speech in front of a session of bi-partisan politicians and members of the Iranian-American communities, of the U.S. Congress on Tuesday, January 24.

He also promised that the members of Congress were united in their view for a free Iran, claiming “we won’t stop till we’re able to walk down the streets of Tehran arm in arm in a new democratic Iran”.

He said: “The illegitimate government of Iran came to the table to negotiate because the sanctions that we in Congress put into place were hurting them. They didn’t have any money, the Rial, the currency was worthless, their economy was in the toilet. That’s how bad it was. They couldn’t function… They needed these negotiations. But even though Iran had no money and its own people were starving, Iran still found enough money to be the number one leading state sponsor of terrorism in the world.”

He noted that the Iranian regime’s Revolutionary Guards (IRGC), a notorious terror organisation, were “horribly evil” and that “we’ve had enough of evil around the world”.

Engel, a Democratic Congressman from New York, explained that when the Iranian Nuclear Deal was first being debated, he had spoken up to point out Iran’s links to terrorism worldwide. He asked the US government to imagine how much havoc Iran could wreak with the money released by the nuclear deal, but they did not heed his warning.

Also during the meeting, Engel expressed his happiness that the dissidents from Camp Liberty in Iraq have been safely resettled in Albania, noting that he had been one of the people working on the relocation behind the scenes. He urged the Iraqi Government to return the $550 million in assets held in Iraq, to the dissidents so they can pay their own way in Albania.

He said: “As all expenses in Albania are paid by MEK and they need their money to be returned as soon as possible. It’s only fair and it’s only right.”

Iran on agenda for White House aide talks in Israel