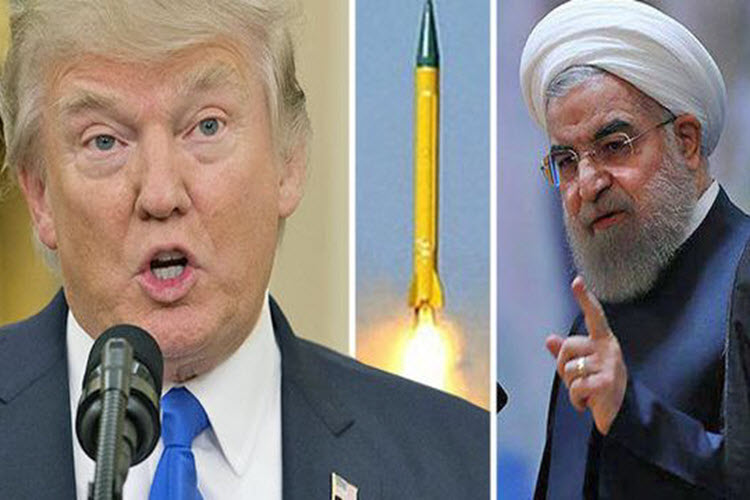 London, 3 Feb – In an article for Al Arabiya, published on February 1, by Abdulrahman al-Rashed, former General Manager of Al Arabiya News Channel, and internationally acclaimed journalist, he writes, “We have wasted many years without differentiating between Iran’s interests and our own interests and without differentiating between honest causes and fake ones. The Iranian regime has succeeded in exploiting our causes, such as the Palestinian cause, and other Arabs’ and Muslim causes, and has used them to achieve its aims.”

The truth was revealed after it was too late, after Iran’s crimes in Iraq, Syria, Yemen and Bahrain, he says. He believes that Iran, and parties that are in its camp, will “repeat their acts and launch campaigns to confront the new administration in the United States and other governments which oppose them.”

Abdulrahman al-Rashed believes the aim of the confrontations which the US President Donald Trump is to establish presidential popularity to confront his rivals in the media, the Democratic Party, the Congress and others.

He points to efforts such as the appeasement of citizens’ complaints that foreigners are taking their jobs. The new president decided to build a wall with the country’s neighbor Mexico to prevent illegal immigration of more than 700,000 people a year. As well, he addresses Trump’s ban of the citizens of seven Islamic countries, where there is chaos and terror, from entering the US for three months,due to the worries over terrorism. Labor unions oppose American companies which open their factories outside the US, so Trump pledged to impose fines on their imported goods.

“In order to convince those who criticize government contracts that he is against corruption, he returned two major contracts for review.

One of these contracts is for building his presidential airplane. Since there are conservative people who are against abortion, he ordered to suspend government spending on abortions, and so on,” al-Rashed writes.

He believes that Trump is not against Muslims. the proof is the wall to prevent the illegal immigration of Mexicans who are mostly Christians. Further he’s promised to deport illegal residents in the US, and they are more than 11 million, most of whom are not Muslims.

There is terrorism in Pakistan, Bangladesh, Saudi Arabia, Turkey and other Muslim countries. al-Rashed says the reason Trump banned these seven countries is because there are no central governments and security apparatuses which they can coordinate with and thus decrease threats.

He believes that Trump’s battle is not with Muslims or Mexicans, but with the American street. Trump made promises to his voters and he will try and keep up most of these promises, for which people elected him. However, he may not win his battles as a result of huge protests and legal obstructions. That said, this is an American affair.

The US has benefitted from migrants, refugees, and naturalized citizens. It has even benefitted from illegal residents, in managing its economy, which is a major force in the world. The American experience is inspiring for many countries who seek economic competition. These countries have altered their standards to be relevant to the gains and benefits which laborers bring to the state and the market.

“It is normal for those who are unemployed or who are less fortunate in the society to reject these foreigners. This happens in all societies due to competition for job opportunities and tussle among political parties which use these issues in their electoral campaigns, like Trump did,” says al-Rashed.

The new president will not be able to prevent terrorism or to deport all illegal residents or to prevent people from illegally entering the US through Mexico. Instead, he will try to achieve whatever he can inside the US.

He will not win all his battles on the foreign level. Perhaps the most important of his decisions is in regards to Iran. Tehran will be angry, and al-Rashed says that this “will direct its puppets in Gaza, Iraq, Syria and Yemen and extremist groups which falsely operate under the name of Islam against him.”

Iran nuclear chief to head to Moscow on Friday