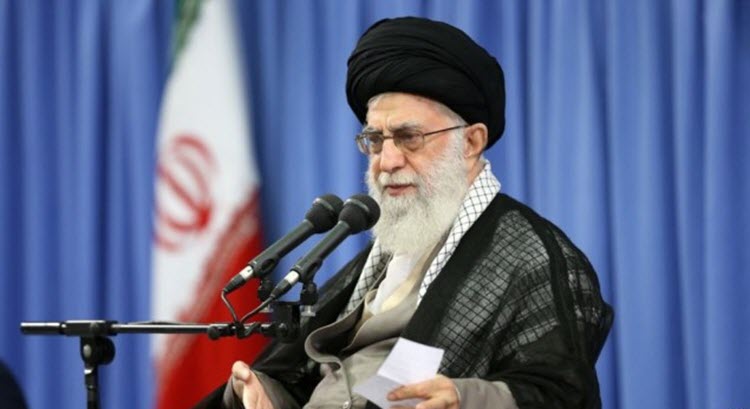 London, 15 Feb – The Iranian Regime’s supreme leader, Ayatollah Ali Khamenei, recently made a brazen statement about not ‘fearing’ the new US President, but they should be scared.

Turki Aldakhil, the General Manager of Al Arabiya News Channel, wrote an op-ed for Al Arabiya regarding Khamenei’s comments and how meaningless they are.

Khamenei said: “I do not fear Drumpf. We must thank the new American president because he showed the real face of America and because he exposed what we have been saying for decades about the political, moral and economic corruption in it.”

Aldakhil warns that America has returned to its roots “in terms of engaging with world crises and contributing to managing its development”, and that Iran should be wary of engaging with Trump in the same way that it engaged with Obama.

He wrote: “The current US administration is convinced that its predecessor’s legacy on Iran weighs heavy on its shoulders. Development of ballistic missiles is the result of the Obama administration’s complete negligence. The major reason of terrorism in the region is Iran. The latter’s involvement in Syria has awakened sectarianism in the region and it is time to discipline this political rebellion represented by the Iranian regime.”

Indeed, in the first three weeks of the administration, so much has happened to shake Iran:

• The White House announced that all options, including military action, were on the table

Hamid Reza, the media and cultural consultant of the Revolutionary Guards, tried to tell the press that Trump was merely aiming for media
attention, but if that were true, would Reza really have been so angry?

Aldakhil notes that the Trump administration may be harkening back to the George W Bush era of foreign policy.

He wrote: “The Iranian regime is passing through a different phase amid domestic unrest. It is faced with a suffocating economic crisis, which is leading to growing poverty and unemployment. Meanwhile, it is spending tens of billions on the leaders and commanders of terrorist groups. The commanders of the Revolutionary Guards receive wages that are enough to support an entire state. Iran has engaged in absurd wars which it will not exit from until after it’s broken – in Yemen or Syria or even Iraq.”

Ultimately, Iran should be scared, even if it wants to lie to the rest of the world about it.

National Interest Online: We could thus lose on two...