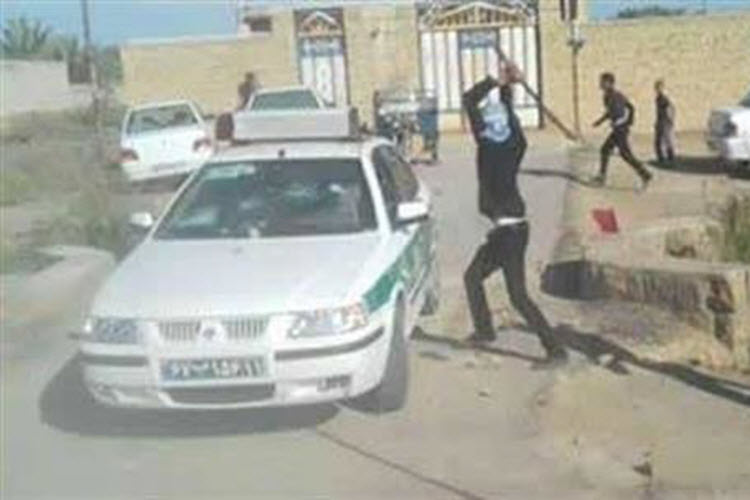 London, 16 Feb – Politicians in Iran demand the resignation of the Minister of Energy, Hamid Chitchian, after the critical Khuzestan situation reveals governmental neglect.

A number of power stations in the Khuzestan province failed due to heavy dust and almost 100% humidity, resulting in water and electricity being cut off in most major cities there.

Jalil Mokhtar, the member of the regime’s parliament for Abadan and chairman of the parliament’s social committee said the critical situations was in part due to the poor weather conditions but that blame also lay with the parliament for failing to structurally update buildings -especially those responsible for utilities- in the war-torn cities.

According to the Mehr news agency, he said: “The government must apologise to the people of the province for insulting them, and in order to solve the recent crisis, end this crisis by holding a cabinet meeting in this province.”

He continued: “Why the President does not take the problems of Khuzestan in the phenomenon of dust, the problem of desertification, blackouts, sewage problems and unemployment, and more seriously, and does not end the incompetence of some officials?”

Abbas Papizadeh, the member of the regime’s parliament for Dezful, said that air and water pollution in the province has caused increased levels of respiratory and skin diseases, putting an extra strain on the healthcare system. Not only that, but the Regime has also slashed the budget for tackling pollution.

He said: told the Young Reporters Club: “The Khuzestan province for years has been struggling with the issue of particulates but this issue now is becoming a national threat.”

A Ministry of Energy representative, who spoke to telegram channel Strategy on the condition of anonymity expressed regret at the mismanagement of water resources in Khuzestan. The anonymous source blamed the crisis on “absolute imprudence” when dealing with industrial and agricultural logistics in neighbouring provinces.

Mohsen Haji Mirzaee, Secretary of the Cabinet, said that the Khuzestan crisis was addressed in a government meeting on February 12.

Fars News Agency quoted him as saying: “Today these incidents unveil neglects, and all those things that should have been corrected with prediction, today are considered through incidents.”

Thompson: Force must be option with Iran

AP: The threat posed by Iran can only be...