Protests in Ahvaz, Iran; A Sign of Things to Come? 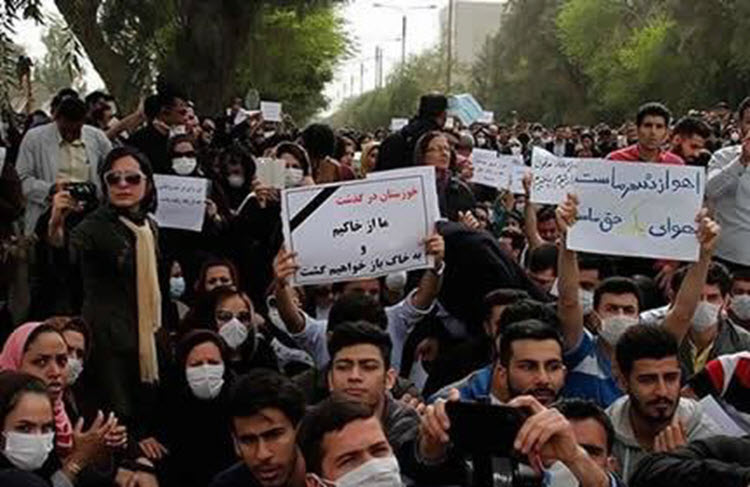 The protests which began on February 12, ran for over a week in defiance of the Iranian Regime and its terror squads, who tried to silence the demonstrators.

The crowd has many concerns to raise with the Regime:

• Rerouting of Karoon River, away from agricultural need in Khuzestan Province

• Excessive dam construction, which dried up local lakes and ponds

• Closure of banks, administrative offices, schools and universities in the province

The environmental challenges faced by city residents, including the pollutants emitted by surrounding petrochemical factories, led the World Health Organization to rank Ahvaz as the world’s most polluted city in 2015.

The protesters chanted slogans like “Death to tyranny”, “Death to repression”, “We the people of Ahvaz will not accept oppression”, “Expel incompetent officials”, “Ahvaz is our city, clean air is our right”, and “Shame on state police.”

Maryam Rajavi, the Iranian opposition leader, applauded the people of Ahvaz and called on all Iranians to rise up against the mullahs’ regime.

She said: “One cannot expect the mullahs’, the regime’s leaders and officials to provide any solutions.”

The situation was beyond the Regime’s control, so they dismissed the peaceful protests as “illegal gatherings” and dispatched riot police to the area. They also banned Western reporters which raises concerns over the Regime’s intentions.

Heshmat Alavi, a political and rights activist, wrote on Al Arabiya: “The regime continues to fail to respond to the people’s demands, as all the country’s budget is allocated to warmongering across the region, including Iran’s involvement in Syria, the regime’s nuclear and ballistic missile program and a massive crackdown machine missioned to clamp down on any dissent and resorting to atrocious human rights violations in the process.”

Alavi concluded: “Rest assured the scenes witnessed recently in Ahvaz are only a prelude to more intense episodes of future rallies in different cities across the country that will rattle the mullahs’ entire foundation.”

International Deals With Iran in Jeopardy