Iran: The Kurds Can Help US Gain Leverage Over Iranian Regime 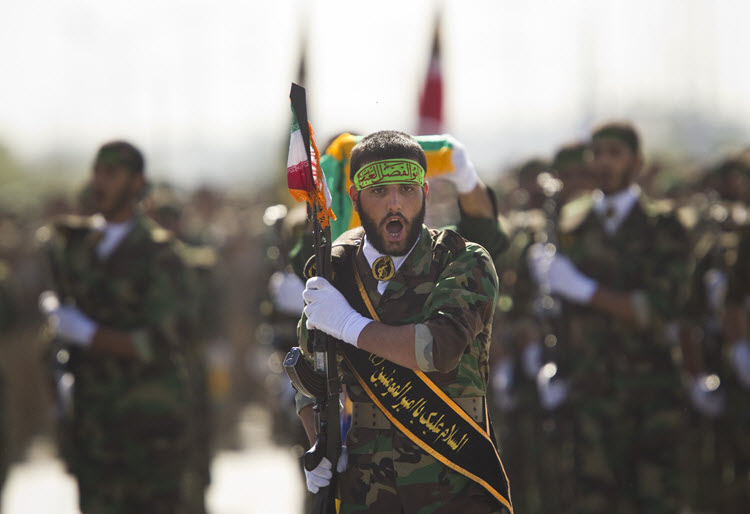 London, 23 Feb – A decision on whether to designate Iran’s Revolutionary Guards Corps (IRGC) as a terrorist organisation has been a topic of debate in the Trump administration in recent weeks. However, Defence and State Departments are urging for this to be put on hold for now. This is because there is great concern that the United States will lose Iraq.

Iran’s influence across the Middle East is undeniable, especially in Lebanon, Syria and Iraq. The IRGC is also in Libya and also has a presence in South America – notably Bolivia, Venezuela, Ecuador, Nicaragua, Brazil and Guatemala.

In 2007 the Quds Force, a unit of the IRGC, was designated as terrorist by the United States.

People are calling for the designation of the IRGC because, in a direct violation of terms in the Iran nuclear deal, Iranian Supreme Leader Ali Khamenei ordered the test-firing of a ballistic missile.

The Kurds in Iran are urging the US administration to go ahead with the designation. A representative of the Democratic Party of Iranian Kurdistan (PDK-I) – Aso Saleh – said that “all Kurds believe that the IRGC forces are acting in violation of basic human rights by killing civilian people and supporting other terrorist organizations”.

Because of the manipulated media in Iran, we hear nothing about the clashes between the Iranian regime and the Kurds in the country. In 1989 the IRGC killed the Secretary-General of the PDK-I, Abdul Rahman Ghassemlou, in Austria. The regime seems to believe that it is fighting terrorists that are trying to destabilise Iran.

Thousands of Kurds have been killed by the Iranian regime and the Kurdish population have had their freedom and basic human rights taken away from them. The IRGC is a constant threat to them and they are being subject to intense discrimination. Despite the Iranian constitution allowing minority languages to be used – this is not the reality for the Kurdish people who are forced to renounce teaching it to younger generations.

Kurdish people are executed without a legitimate legal process and in public. Even minors are executed.

Whether the IRGC eventually get designated as a terrorist organisation or not, the Kurds are going to continue to fight for their rights.

They are thankful for the recent outspokenness about the Iranian regime since the new US administration came into office. If President Trump was able to support (with financial and military resources) the Kurdish community, the US will gain leverage over the Iranian regime. Israel could also add to this leverage.

The Kurds in Syria were able to gain the attention of the international community, and the Kurds in Iran can do the same.