No Battle Between Hardliners and Moderates in Iran 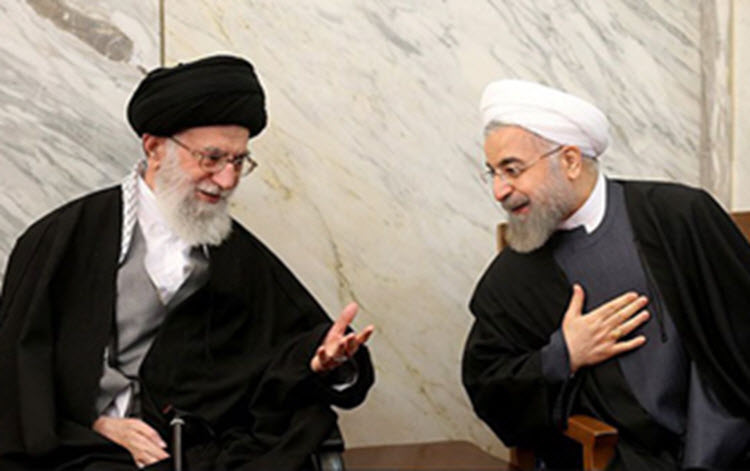 London, 4 Apr – The pro-Iran lobby is the West is sold on the idea that there is an ongoing dispute between hardliners and moderates in Iran. They plead that we must appease the moderates because otherwise they too will become hardliners.

This is a myth: There are no moderates in the Iranian Regime.

Sure, there may be local leaders who are looking out for the best interests of their people, but they do not hold meaningful power, which could stop the hardliners in their tracks. How could they? The Regime is not set up to reward hard work and public service.

In fact, under the rule of Supreme Leader Ali Khamenei, the Regime has methodically eliminated even the most minor of moderate opposition to their tyranny. They routinely arrest, imprison, torture and execute anyone who opposes them;

from teachers protesting unpaid salaries to their second-in-command criticising the massacre of political prisoners.

Dr Majid Rafizadeh, president of the International American Council and a leading expert on Iran and U.S. foreign policy, wrote about this myth on Arab News.

He wrote: “The truth is that Iran’s moderates are a critical part of the political establishment. Many of them, including the current President Hassan Rouhani, were robust supporters or founding fathers of the Islamic Republic’s Shiite theocracy. These ‘moderates’, such as the late former President Akbar Hashemi Rafsanjani, were once called ‘hard-liners’.”

He continued: “In addition, it is crucial to point out that to be a politician in Iran, your loyalty to the core pillars of the political establishment should be firmly proven. Vilayat-e Faqih is the core pillar of Shiite political thought expounded by the late Ayatollah Ruhollah Khomeini, and forces a guardianship based political system on the people, and requires that a Shiite religious figure be the leader of the nation.”

The Regime wants to eliminate opposition so much that they regularly attack or assassinate Iranian dissidents in foreign countries. Members of the People’s Mujahedin Organization of Iran (PMOI), the largest of the Iranian Resistance groups, were attacked in Iraq where they had Protected Persons status from the UN. These attacks were so severe that the groups had to relocate to Albania after American troops were removed from Iraq, as they had no protection. They also attempt to discredit the PMOI by linking them to crimes committed by the Regime.

Laura Carnahan wrote on Iran Lobby: “Since 1979 Iran has not altered the cornerstone of its foreign policy and revolutionary principles regardless of who was president and therein lays the harshest rebuttal to the Iran lobby. If Iran was indeed going to moderate its behaviour as a result of the nuclear deal as the National Iranian American Council insisted on, then where has the emptying of Iran’s prisons begun of political prisoners?”

These crackdowns on dissidents are even worse in the period just before an Iranian election, which we are in right now, so expect the coming weeks to feature lots of suppression by the Iranian Regime; against ethnic minorities, religious minorities, women, political activists, etc.

Even though, no matter how the people vote, all candidates are selected by a Regime body, ensuring that the Regime will remain in charge.

U.S. presses its case against Iran ahead of sanctions vote

New York Times: With a vote on new sanctions...

Iran: 120 executions in public since March