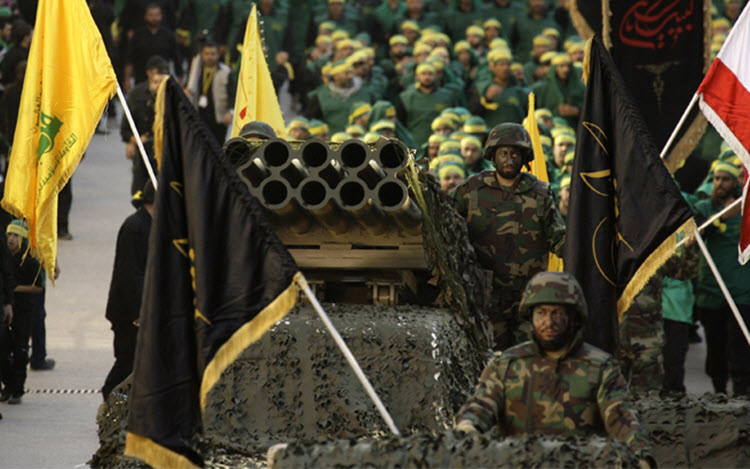 London, 5 Apr – Iran is building workshops and weapons-making facilities within Lebanon that are capable of making advanced rockets, according to reports seen by the director-general of the Israeli Intelligence Ministry.

At a Monday briefing, organised by The Israel Project, Chagai Tzuriel said that this continued a “whole new kind of threat”.

The reports, attributed to a Kuwaiti newspaper, seem to be legitimate.

This would mean that the Iranian Regime is colluding with Hezbollah to avoid having to ship arms from Iran to Lebanon via Syria; as, on a number of occasions, Israeli troops have attacked these illegal arms shipments in transit.

Aside from arms, Iran provides Hezbollah with $1 billion a year to act as a terror proxy in Lebanon and Syria. According to Tzuriel, Hezbollah has 6-7,000 fighters in Syria, with 1,700 confirmed dead and thousands wounded.

Tzuriel stated that Israel’s most pressing threat from Iran is not their nuclear weapons but their destabilising influence on the Middle East.

While the nuclear issue is always a high priority, he considers it somewhat dampened by the 2015 nuclear deal for the next few years. He warns that as Middle Eastern armies evict ISIS from their countries, they may just be clearing the path for Iran.

He cited Syria as the most important focus at the current time, calling it a “microcosm of much of the international regional and local relationships and power balances”. Given that world superpower like Russia and the US, as well as regional powers like Turkey and Iran, are so heavily invested in the war, it’s not hard to see why.

Tzuriel said: “Syria is an exporter of terrorism and refugees and immigrants, and just that has already changed the social and economic make-up or reality in the neighbouring countries, specifically Jordan, but also in Lebanon and other countries.”

He continued: “I think we can say that it changed the political and social fabric in Europe, and I think it would not be farfetched to say it influenced, to large extent, the Brexit and the elections in the US.”

If Iran were to firmly implant themselves into Syria, it would cause problems for Israel for decades to come.

Iran won’t back down on right to top OPEC job: minister Zanganeh

Platts: Iran will not back down in its pursuit...

Wall Street Journal: Even as Washington's allies in Europe...