Iran: Presidential Candidates Are All as Bad as Each Other 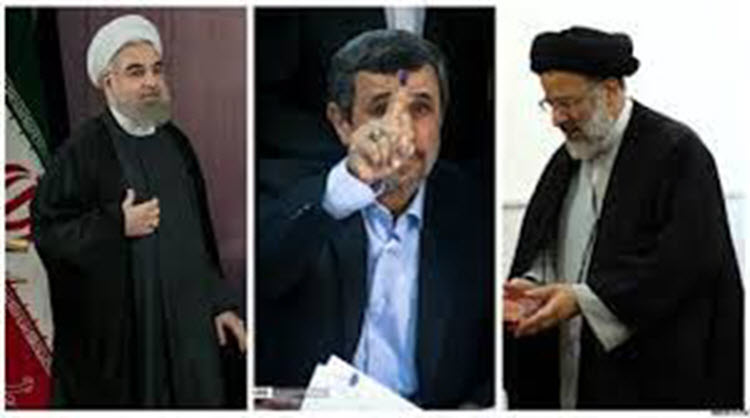 London, 15 Apr – Ebrahim Raisi has just announced his candidacy for the Iranian election that will take place next month. He is also a possible successor to Ali Khamenei, the country’s Supreme Leader.

Earlier in the week, Mahmoud Ahmadinejad – a former Iranian President – announced he would also be running for presidency, but seeing as he did so against the wishes of the Supreme Leader, it is safe to say he does not have a chance of winning. He will probably not even get past the screening carried out by the Guardian Council.

So it will probably be a race between current President, Hassan Rouhani, and Raisi. As Raisi has been identified as an ally of the Supreme Leader, Rouhani is probably going to be favoured by the West.

However, this is hugely problematic because despite being described as a moderate, Rouhani is anything but that.

During his current term, the number of human rights abuses in Iran have skyrocketed. There is a worrying rate of executions being carried out in the country – the highest rate in over two and a half decades. There are thousands of young people between the ages of 20 and 30 that are currently on death row and the country executed more children that most other countries in the world.

Rouhani has also boasted about how he deceived Western governments during the nuclear deal negotiations.

In short, Rouhani has no characteristics that could even nearly be described as moderate. During the past 35 years of his career he has worked to supress the Iranian people. It is for reasons like these that the Supreme Leader would allow him to run for another term.

Raisi claimed that his candidacy would depend on the approval of the Supreme Leader. He is the chairman of an economic giant that turns over billions of dollars per year. He too has spent much of his career being involved in the suppression of the Iranian people.

To say that Raisi has been thrown into the elections as the Supreme Leader’s candidate would be inaccurate. It is clear that the Supreme Leader supports both candidates – they are both committed to the malign policies of the Iranian regime.

Each of these candidates pose a grave danger to the Iranian people. And the international community.

Western governments need to exploit the fact that the Iranian regime is weak and is losing the control over its own people who are continuing to voice their opposition. The West needs to finally stand shoulder to shoulder with the people of Iran who deserve to finally be free from suppression.

Iranian intervention in Iraq would be risky

21 Kolbars Killed in Iran Since March