Iran: IRGC Becoming the Most Dangerous Terrorist Group in the Middle East 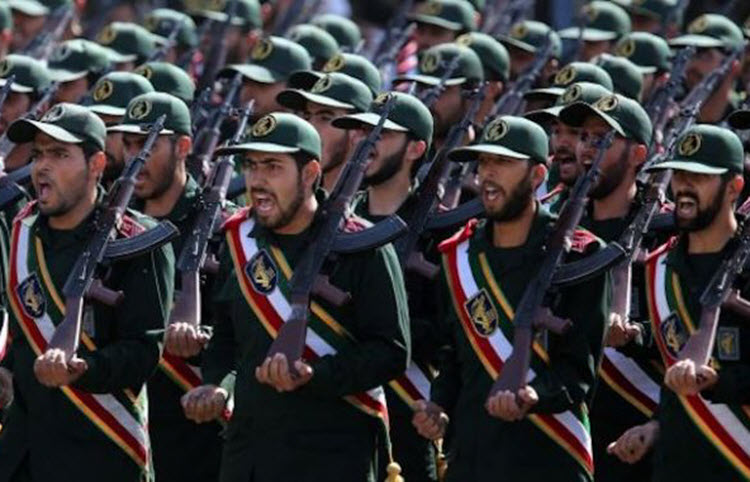 London, 15 Apr – The presence of Iran all over the Middle East is becoming more and more obvious as the threat from the Islamic State lessens. In particular, Iran’s Islamic Revolutionary Guards Corps (IRGC) is extending its presence.

The IRGC has more resources than other terrorist groups could only hope for – in terms of both money and military resources. And it has a presence in all corners of the region.

The Guards are also in control of the Houthis in Yemen and the Hezbollah in Lebanon. It also runs the Tayyar al-Amal al-Esmali in Bahrain, the Fatemiyoun Brigade in Afghanistan, the Islamic Revolutionary Guards in Egypt, the Islamic Jihad and the Saberin in Palestine, the Zeinabiyoun Brigade in Pakistan and the Kuwaiti Hezbollah. The Lebanese Hezbollah has carried out a number of terror attacks across the Middle East and around the world.

These militias are funded by a large percentage of Iranian oil revenues.

US military officials said last year that there could be up to 100,000 Shiite militia fighting on behalf of Iran in Iraq. This led to experts predicting that, if the Islamic State was to be defeated, it would just be replaced by another force that will spread terrorism across the Middle East.

The IRGC is funding the Houthis in Yemen who are fighting against the central government. Its weapons – including armed drones and a ballistic missile arsenal – have been provided by the regime in Iran. It is using a new weapon that is a threat to shipping in the region. It is basically a small vessel loaded with explosives that is controlled remotely.

The Iranian regime and the IRGC needs to be expelled from all countries it is meddling in. Its survival is based on further expansion in the Middle East, but it needs to stay within the borders of the Islamic Republic.

The next step must be the United States designating the IRGC as a Foreign Terrorist Organization. It meets all the criteria and there is no reason why it should not be designated. It will cripple the malign activities of the regime and will have a huge economic impact that will benefit the rest of the world. If the designation is not made, the international community will continue to live with the threat of terrorism and religious extremism.