Iran’s Sham Elections: What You Should Know 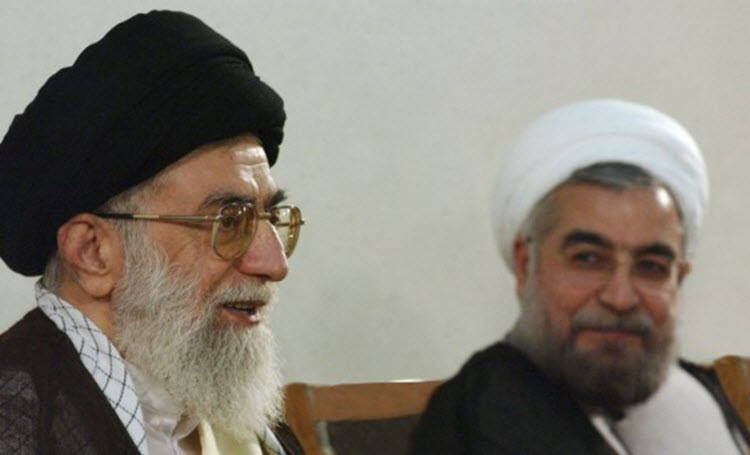 London, 18 Apr – The National Council of Resistance of Iran (NCRI) has compiled a 12 question Q&A to explain the 2017 Iranian sham election and why it is important.

This election takes place at a critical time for the Regime; infighting has never been so high between the ruling elites, Iran is involved in several international crises (as well as its ongoing taunting of the US), and the mullahs are deeply unpopular within their own country.

Ali Khamenei, the regime’s Supreme Leader, must choose a president who he thinks will be able to handle these crises (because, no matter how the Iranian people vote, Khamenei decides who will be President).

While different factions within the Regime do exist, they do not differ widely on policy and should not be confused for moderates or hardliners. They are merely concerned with their own power and wealth; rather than the well-being of the Iranian people. The NCRI refers to them as different criminal gangs within the Regime.

There are currently two men running for office with Khamenei’s approval, which is very unusual, but neither are good men.

President Hassan Rouhani, who is running for a second term, has overseen the executions of over 3,000 people in his four years in office and been responsible for a huge crackdown on human rights (imprisoning peaceful protesters).

Ebrahim Raisi, who runs a foundation which funnels money to Iran’s terror squad, the Revolutionary Guards, was part of the Death Commission which sent 30,000 men, women and children to their deaths in 1988, for supporting the Resistance group, People’s Mujahedin of Iran (Mojahedin-e Khalq).

The NCRI wrote: “The two candidates have no fundamental differences in terms of the policies of suppression, export of terrorism and fundamentalism, and looting people’s properties, all of which constitute the foundations of this state.”

They continued: “But the election itself is a crisis for the clerical regime and its outcome is the weakening of the regime. Since the regime in its entirety is in crisis and at an impasse, regardless of what direction the developments go, the regime will come out weaker in its entirety.”

They concluded: “If Khamenei can bring in Raisi as President, his regime will be more consolidated. However, even though it will become more coherent internally, it will also be weaker and will face a lot of internal and external crises. But if the Supreme Leader fails to make Raeisi win, it will be a major blow to the prestige and reputation of Khamenei, and conflicts within the regime intensify.”

By Jubin Katiraie Many facts about the execution of Iranian...

Strikes and social protests on the rise in Iran