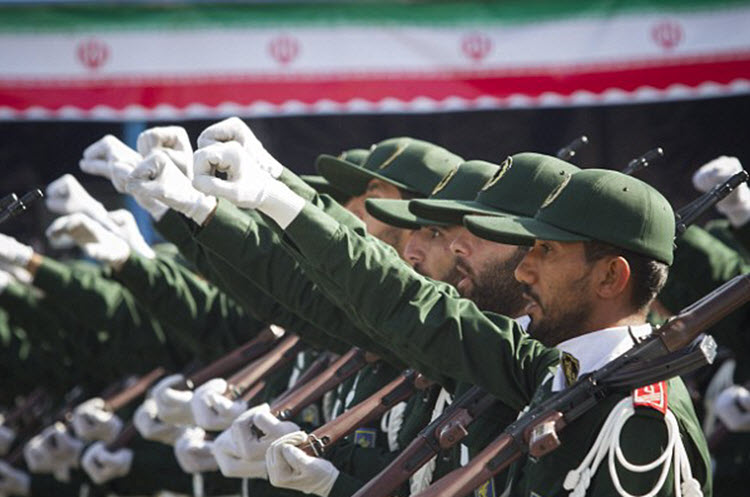 London, 18 Apr – The Trump administration is considering tougher sanctions on Iran, including using a much stricter interpretation on the current nuclear deal between Iran, the US and five other world powers.

A senior White House official told Foreign Policy that the Trump administration is considering being more rigorous with sanctions in the future, with the possibility of broadening US sanctions to include more companies that are linked with the Iranian terror squad, the IRGC.

While there is no official time limit on these decisions, the P5+1 countries (the US, the UK, France, Germany, China, and Russia) who agreed on the nuclear pact are due to meet with Iran for a quarterly review of the deal.

However Trump proceeds, there will be wide-ranging consequences.

Dan De Luce, on Foreign Policy, wrote: “A concerted U.S. effort to squeeze Iran would represent a gamble that Tehran’s regional push for power, particularly in Syria and Yemen, could be checked in part by increasing economic pressure.

But the approach could backfire if it causes tensions with the Islamic Republic to spin out of control or prompts Tehran to pull out of the nuclear deal…And a harder line on sanctions also could drive a wedge between Washington and its European allies.”

Although the 2015 deal imposed restrictions on Iran’s nuclear program in exchange for sanctions relief, there is evidence that Iran has not stuck to their end of the deal; for example, launching ballistic missiles in January and February 2017.

Trump, who blasted the deal as “the worst deal” and threatened to “tear it up” whilst on the campaign trail, has not indicated what he will do next. He could logically start with ramping up sanctions and put the onus on Iran to abide by or break the deal entirely.

Another path would be to list the IRGC (Revolutionary Guards) as a Foreign Terrorist Organisation, which would provide further sanctions without affecting the nuclear pact. After all, they are engaged in terrorist activity which poses a threat to the United States.

It’s not as if this would be entirely new either, many organisations with links to the IRGC are already blacklisted.

• Currently, any organisation in which the IRGC has a 50%+ ownership, is blacklisted and the White House is considering lowering this percentage.

• The Treasury Department has already sanctioned Sohrab Soleimani, the brother of the head of the Quds Force (a specialist branch of the IRGC) for his role in the abuse of prisoners in Iran.

• The Quds Force is under sanctions.

• They also blacklisted 25 people and organisations with links to the IRGC in February.

Mark Dubowitz, CEO of the Foundation for Defence of Democracies, has urged Trump to continue ramping up economic pressure on Iran, especially when it comes to purchases of prohibited materials (like nuclear technology).

Use US soft power to free the Ashraf Seven

The Hill: In Iraq, the buck stops with the...