How Do the U.S. Secretary of State’s Comments Affect the Future of Iran’s Nuclear Deal? 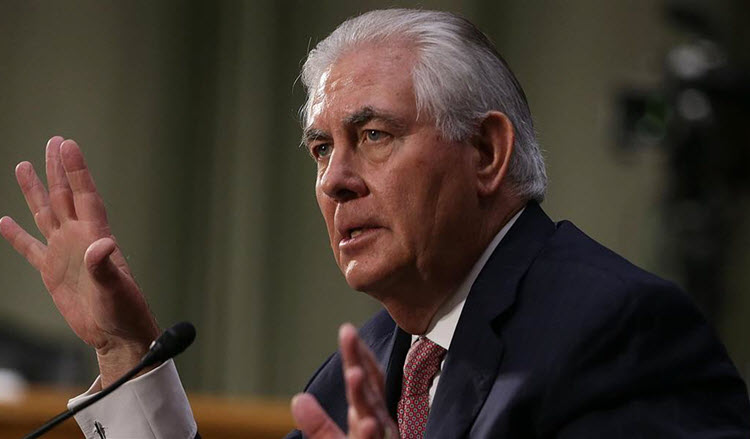 London, 21 Apr – The State Department officially notified Congress that Iran was complying with its commitments under the nuclear deal, so Tehran was by surprised, when one day later, Secretary of State Rex Tillerson’s latest remarks that the Joint Comprehensive Plan of Action has failed to quell Iran’s capability and willpower to develop nuclear weapons. Tillerson emphasized that the regime continues to pose a grave threat to international peace and security.

The Trump administration is reviewing its Iran policy, including a major evaluation and possible overhaul of the JCPOA, intent with curbing Iran’s nuclear program, yet is being criticized as failing to address all concerns.

During his candidacy, Trump said he’d tear up the agreement, calling it as the “worst deal ever.” Once in office, he’s weighing this options on how to move ahead.

A major flaw of the nuclear deal with Iran was that it doesn’t address the Iran’s involvement across the Middle East, including their involvement in Syria, and flagrant human rights violations at home.

Tillerson’s Wednesday remarks came as a reminder that the Trump administration “has no intention of passing the buck to a future administration on Iran.”

An article in the Washington Examiner by Amir Basiri, Iranian human rights activist, says that “Iran’s alarming and ongoing provocations that export terror and violence were also fueled by the JCPOA as a windfall of billions poured into the Revolutionary Guards’ coffers, exactly when the regime should have been placed under even more pressure to succumb to further international community demands.”

According to Tillerson, Washington is watching Tehran’s support for Syrian dictator Bashar Assad, especially after the chemical attack in Idlib. Trump’s strike that targeted the airfield near Homs, proved this.

The Iranian opposition, the National Council of Resistance of Iran (NCRI), issued a statement recently accusing the Syrian regime of “launching Idlib chemical attack to support a campaign carried out by Iran’s Revolutionary Guards in Hama Province in response to major advances made by the Free Syrian Army and other Syrian opposition forces.”

Tillerson also discussed Iran’s continued support for the Houthis in Yemen, who pose a threat to the southern borders of U.S. ally Saudi Arabia. This was also discussed when U.S. Secretary of Defense James Mattis visited Riyadh.

Tillerson went on to target Iran’s harassment of U.S. Navy ships in international waters of the Persian Gulf, and said this will no longer be tolerated.

The major review of U.S. policy regarding Iran comes on the eve of Iran’s May 19 presidential election. In a meeting with senior military commanders, Iranian Supreme Leader Ali Khamenei voiced serious concerns over a variety of crises coming at the same time as the elections.

Reuters: The United States said on Saturday that Iran...