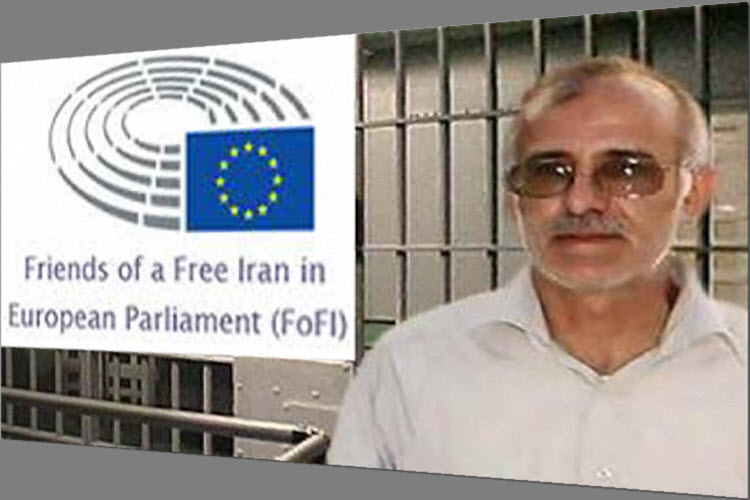 London, 11 Jan – A European Parliamentary Committee has urged the UN High Commissioner for Human Rights to press for information on a missing political prisoner in Iran.

Friends of a Free Iran (FOFI) members in various European countries, including Sweden, Romania, Denmark, Norway, Finland, Iceland, and Estonia, wrote letters to the High Commissioner Zied Ra’ed Al-Hussein about their concerns for Ali Moezzi who has been missing for seven days now.

Moezzi, 65, was last seen by his family on January 4 during a scheduled visit but he never made it back to his cell afterwards.

It is suspected that he was kidnapped by Gohardasht prison officials and transferred to an unknown location. This is a new form of intimidation and suppression that the Iranian Regime is using to torture dissidents.

Moezzi was sentenced to five years in prison in 2011 for attending the funeral of an Iranian Resistance supporter.

He was due to be released last year, but the Regime extended his sentence without explanation. This is not unusual for the Iranian Regime.

Moezzi, who suffers from cancer, has been routinely tortured by Regime agents and has been sentenced to solitary confinement for much of his imprisonment.

He also served two years in prison for visiting his daughters (members of the Regime opposition group the People’s Mojahedin Organization of Iran or PMOI/MEK) who were in exile in Iraq.

His daughter Hejrat believes that Moezzi is being tortured because of his condemnation of Regime actions in Syria and the 1988 massacre of political prisoners.

She said: “I urge all human rights organizations and activists to be the voice of the oppressed political prisoners and put pressure on the mullahs’ regime ruling Iran to stop executions and violation of freedom of expression.”

Copies of the FOFI letters were also sent to António Guterres, the U.N. Secretary General, Asma Jahangir, the U.N. Special Rapporteur on Human Rights in Iran, and Amnesty International.

AP: Tehran lashed out on Friday at the decision...