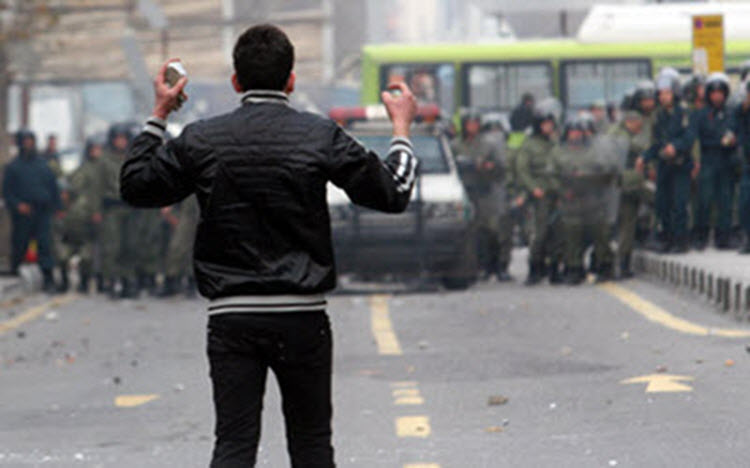 London, 24 Apr – As their sham Presidential Elections draw ever closer, it becomes clearer and clear that the Iranian Regime is worried about potential uprisings from its oppressed people; similar to the Green revolution which followed the 2009 election.

The Supreme Leader of the Iranian Regime, Ali Khamenei, recently met with military commanders to express his security concerns.

He said: “The security is very important for a country. The Armed Forces play a significant role in this as well, they provide the security of the country with their power. This is one of the important issues.”

He released a statement on his website in which he accused any potential protesters of being enemies of the state.

However, he failed to note that these potential uprisings will be the result of growing inequality between Regime leaders and the Iranian people and the Regime’s brutal treatment of the oppressed and underprivileged.

Abbas Jafari Dolatabadi, the Attorney-General of the regime, expressed his fears of an uprising and stated that the Regime couldn’t allow anything like the 2009 uprising to happen again.

He said: “It is our responsibility to ensure the security of [the] election and deal with criminals and those who intend to disrupt the elections, and we will not abandon any effort.”

Democratic governments are not afraid of protests; they understand that political opponents should be allowed to field candidates in elections and protest against decisions by that government.

The Iranian Regime is not just undemocratic; it is terrified of its own people and their democratic party, the National Council of Resistance of Iran (NCRI), which serves as a government in exile. That’s why it cracks down so severely on any opposition movement.

Hossein Zolfaghari, the Chairman of the Security Committee, has threatened that those who protest the results of the sham election will be dealt with firmly, but given the Regime’s record on dealing with political opponents, this could well mean torture or executions.

The Regime is so scared of their own people, that they have even produced a security handbook specifically to deal with any uprisings that may occur.

Zolfaghari said: “The handbook consists of the necessary precautions for areas prone to security risks. Additionally, the instructions related to security issues have been sent to all provinces. 40 helicopters support the provincial election staffs and all security institutions of the country including the Ministry of Intelligence, the Intelligence Protection Organization of the IRGC, and the Intelligence Organization of the Disciplinary Force are also active.”

The Iranian Regime is scared of civilian protests because they know that their grip on power is waning; the international community must stand with the Resistance and support the NCRI if they ever want to see democratic elections in Iran.

Reuters: Nineteen Bosnia players have refused to play in...