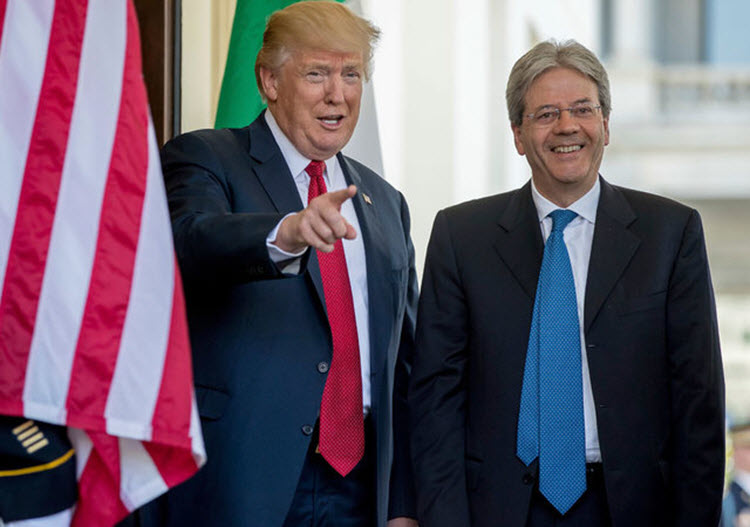 London, 24 Apr – The Trump administration has once again called out Iran for their violation of the nuclear deal, with Secretary of State Rex Tillerson comparing the country to North Korea and Donald Trump advising that Iran is violating the “spirit” of the deal.

While the most recent report by the Trump administration have declared that the Iranian Regime is compliant with the 2015 nuclear deal, the Iranian Resistance group, the National Council of resistance of Iran (NCRI) have revealed the Regime has established off-grid sites which are hidden from the International Atomic Energy Agency and were, therefore, not included in the report.

After this revelation, Tillerson said, in a press conference: “The [nuclear deal] fails to achieve the objective of a non-nuclear Iran; it only delays their goal of becoming a nuclear state. This deal represents the same failed approach of the past that brought us to the current imminent threat we face from North Korea. The Trump administration has no intention of passing the buck to a future administration on Iran.”

In 2015, Congress passed the Iran Nuclear Agreement Review Act which requires the President to report Iran’s compliance with the deal to Congress, every 90 days. Given this new information from the NCRI, it is unlikely that Iran will be deemed compliant in the next report, due in July.

Trump previously promised to tear up or renegotiate the nuclear accord, which he called the “worst deal ever negotiated”.

Neither of these options will be easy, given that five other countries (the UK, France, Germany, China, and Russia) are also signatories to the deal, so the US must do what it can: strictly enforce the terms of the deal, expand non-nuclear sanctions against the Gulf nation, and hold the Regime to account for its human rights abuses and support for terrorism.

Even Defence Secretary James Mattis has said that the US should not renege on the deal, but argued that Iran should still be held responsible for their other crimes.

He said: “That in no way mitigates or excuses the other activities of Iran in the region, to include its support of the war in Yemen that grinds on thanks to their support — to the Iranian support — or what they’re doing in Syria to keep [Bashar] Assad in power and continue the mayhem and the chaos and the murder that’s going on there. So, these are separate issues, but the agreement on nuclear issues still stands.”