Iran Election Will Bring No Change 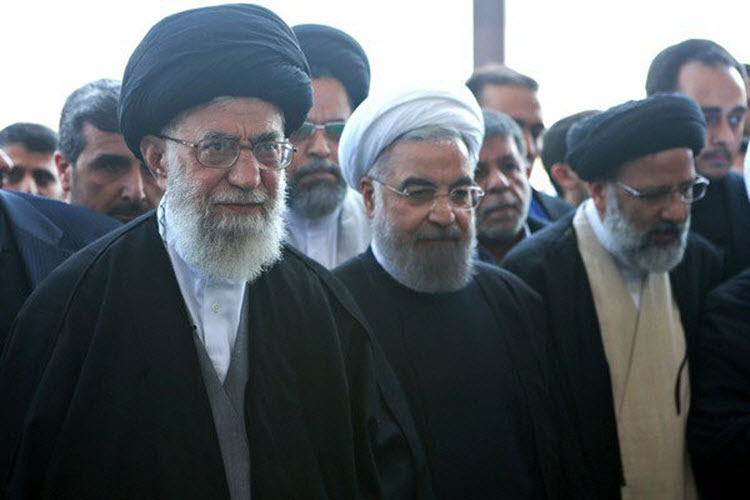 London, 25 Apr – The Iranian Election is drawing ever closer and people all over the globe are speculating what change this will bring for relations with the middle-eastern country, but they are wrong to expect any change from the Iranian Regime.

Heshmat Alavi, a human rights expert, wrote an op-ed on Al-Arabiya in which he asserted that this election would bring no significant changes for the middle-east, the international community and, most importantly, no changes for the people of Iran.

He wrote: “Iran’s presidential election is nothing but a game we witness every four years. The president has no true role in running the country, other than to implement the supreme leader’s policies. [Ali] Khamenei, the Supreme Leader, has the final say on all national security and foreign policy issues, while enjoying full, unrivalled supremacy.”

The two main presidential candidates are incumbent President Hassan Rouhani and hardline cleric Ebrahim Raisi. Despite being labelled a moderate, Rouhani has overseen more than 3,000 executions in his four-year tenure, mainly for low-level, non-violent offenders, while Raisi was on the infamous Death Commission who sent 30,000 political prisoners, mainly members of the Iranian opposition People’s Mojahedin Organization of Iran (PMOI/MEK), to their death in 1988.

There is a false narrative of moderates and hardliners within the Iranian Regime, in which the West is encouraged to support the moderate candidate because they fear what a hardliner would do. Truthfully, although there is a severe power struggle in Iran, those men are fighting for money and power; not for the good of ordinary Iranians or for better relationships with the rest of the world.

Alavi wrote: “Khamenei even has the authority, under the regime’s so-called constitution, to veto and dismiss all powers provided to the president. The difference we will witness in Iran’s approach to domestic and international affairs will be zero.”

With this in mind, he urged the US Congress to designate Iran’s Revolutionary Guards Corps (IRGC), as a foreign terrorist organisation now. There would be no use, in his mind, in waiting to see if the IRGC would stop funding terrorism under a new President because they would not. They should be blacklisted now, for the crimes they have already committed in order to cut off their funding.

He reiterated that by not blacklisting the IRGC, the US is breaking its own sanctions. The Quds force, the IRGC unit in charge of global operations, was designated a terror organisation in 2007 and the IRGC funds them, as it does many other terrorist groups like Hezbollah, which was blacklisted by the US in 1997.

The Times: We have been here before. But today...