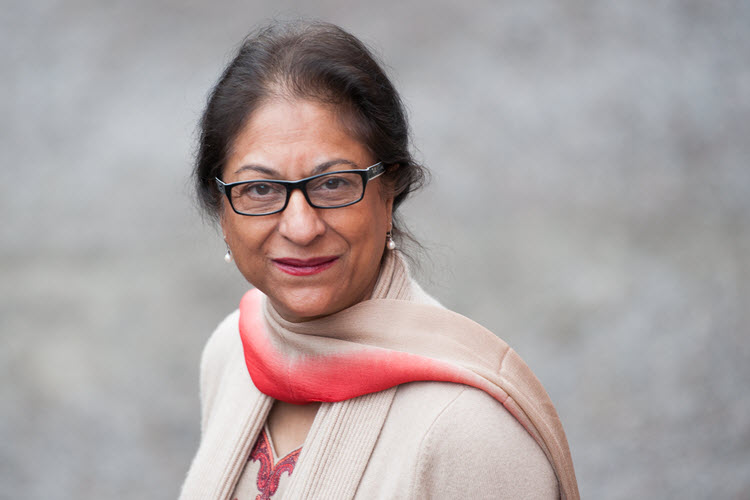 London, 25 Apr – The United Nations Special Rapporteur on the situation of Human Rights in the Islamic Republic of Iran, Asma Jahangir has publicly denounced a report by the Iranian News Agency (IRNA) which alleged that she was planning a visit to Saudi Arabia, during which she would collude with them in order to defame Iran.

The report suggested that this visit, which is not planned and has never even been considered by Jahangir, the UN or the Saudi government, was based on military interests.

Jahangir, who took on the position in September 2016, said: “I am appalled by this fabricated and malicious news story which is clearly aimed at compromising my integrity and independence, both of which are recognised internationally.”

The report by IRNA is in itself defamatory towards Jahangir, the UN, and the Saudi government, implying that an institution as revered as the UN could be bought, that the Saudis would try to bribe the UN in order to benefit militarily and that Jahangir would not complete her report with integrity.

It dares to suggest that Jahangir’s recent report on Iran was untruthful and the result of backroom deals, just because she was unafraid, to tell the truth about Iran and its notorious human rights abuses.

Jahangir said: “Anyone who has a substantive disagreement with a Special Rapporteur’s assessment can always express their doubts. However, it is unacceptable for mandate holders to be subjected to defamation campaigns when discharging their duties, which are established by the United Nations Human Rights Council.”

This is not unusual behaviour for the Iranian Regime; they are well versed in quashing dissent by discrediting their opponent. Unfortunately for the people of Iran, the Regime will often imprison, torture and execute those who criticise the government or Supreme Leader Ali Khamenei.

Jahangir said: “These accusations, unfortunately, reinforce the assessment I made in my first report to the UN Human Rights Council about the climate of fear which exists in Iran, where similar methods are used to silence those expressing dissenting opinions.”

She concluded that these lies would not stop her from continuing on in her role; she is still able to be impartial and will not malign the Regime for printing lies about her, but at the same time will not kowtow to them.

In September, Iran criticised Jahangir’s appointment as special rapporteur on Human Rights in Iran because of her religious beliefs, calling her ‘Qadiani’, which is a derogatory term for members of the Ahmadiyya Muslim Sect.