Iran: Who Is the Owner of the Exploded Mine? 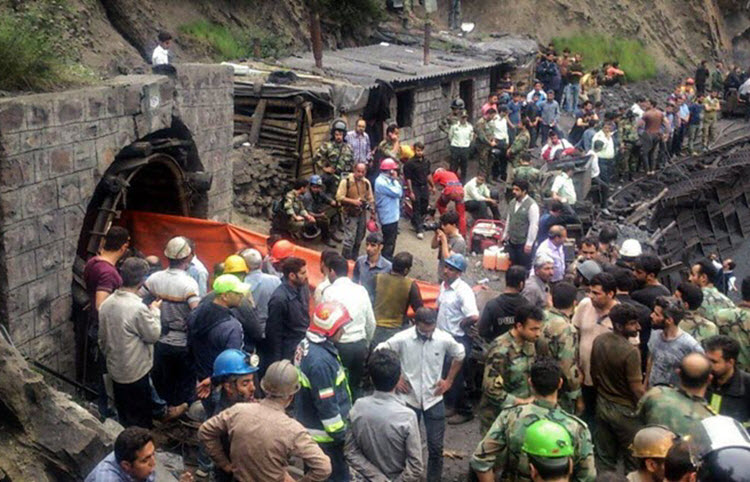 London, 6 May – Most of Yurt mine’s stock belonged to the repressive organ, Basidj.

According to the report of the board of Yurt coal mine, three of the five members of the board of this mine depend on the Mehr financial group, which belongs to Bassidj, a repressive organ of the regime. This financial institution was founded in 1993.

According to a document published by Yurt executive board, official news agency Ilna wrote that three of the five stock owners of this mine belong to those affiliated with the Bassij Mostazafan institution.

The Isna official news agency wrote that some of the mine workers were not covered by insurance.

Workers declared that “security measures were never respected in this mine. We could smell gas in the mine for about one week, but mine managers did not pay attention to us.”

Most of the mineworkers have not received their salaries for about 18 months.

AFP: Negotiations between world powers and Iran over the...