Iran’s Elections Unlike Any Other Country’s 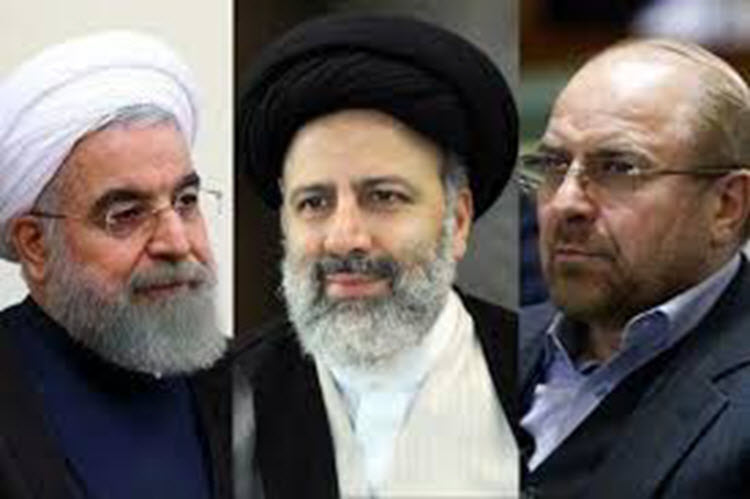 London, 11 May – A referendum was held in the UK to decide whether to stay or to exit from the European Union. The outcome divided the British society, but the British government and EU member-states accepted the result, which shows respect for democracy.

The British Prime Minister has decided to hold an early election for the British people to choose their representatives, and all the parties will take part.

Contrast these events with Tehran’s regime, who use the Guardian Council to choose who is allowed to run for the presidential election. This bears no resemblance to the elections in any other country in the world.

One of the candidates approved by Khamenei and the Guardian Council is Ibrahim Reisi who is reported to have been a member of the death squad, who were involved in the massacre of thousands of political prisoners.

During the first round of TV debates Hassan Rouhani could not defend his government’s records.

Tehran’s Mayor, Mohammad Ghalibaf is also a candidate. Some Iranians say about him, “he has eaten Tehran; now he intends to eat Iran”. He has reportedly confessed that all funds are managed by 4 percent and 96 percent of the people are deprived of it. He also confessed during the debate, that 16 million rural farming families have moved to big cities due to loss of work, environmental pollution and wrong policies of the government.

Another candidate is Ishaq Jahangiri, deputy of Rowhani, who admitted that attack on the British Embassy was a state action, and that one of the participants in the attack is a member of the campaign of Mohammad Bagher Ghalibaf from the Khamenei faction. He is reported to have said, “We have not forgotten about seven hundred billion oil money that is not clear in where it has been disappeared?” We have not forgotten that European were very concerned about boycott of the mullahs’ regime and claimed that those sanctions will hurt the Iranian people.”

Donald Trump is asking for further sanctions and to apply Security Council resolutions against the regime because it did not adhere to the spirit of nuclear deal. However, it’s reported that the Trump administration is being asked to halt further sanctions on Iran because this will hurt Rouhani.

According to an article in Al Arabiya, “The consequences of Iran’s policies are suppression, exporting terrorism and efforts to access nuclear bombs to survive. We can see that terror is reaching cities of Europe and is victimizing innocent citizens of Iran, the Middle East and around the world.”

Al Arabiya adds,”… tributes to the terrorists for releasing American hostages has made mullahs and its soldiers more brazen. Doing business with this regime is unreliable as it amounts to closing their eyes on the regime’s crimes. That is why they could not defeat terrorism. Trade with a regime whose economy is in control of the Iranian Revolutionary Guard, which is reportedly involved in terrorism, money laundering, drug trafficking and triggering regional instability is not profitable but catastrophic.”

Further, Al Araiya says that stability in the Middle East and the world cannily be achieved “only if the torchbearers of the regime are kicked out. Iran’s neighbors are tired of being intervened by the mullahs and its soldiers and screaming out loudly that the behavior of the Iranian regime is immutable. They have raised their voice after experiencing worse situations.”

During these historic times, there is an opportunity to extend sympathy and support to the people of Iran to ensure that real democracy is achieved.

UN action against Iran may be catastrophic for region