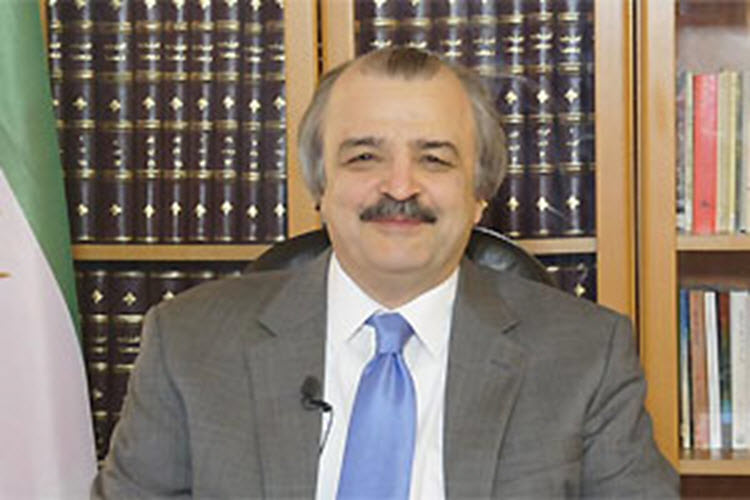 London, 13 May – Mohammad Mohaddessin, the Chair of Foreign Affairs Committee of the National Council of Resistance of Iran (NCRI), responded to a series of questions in an interview with ncr-iran.org. The questions relate to the Iranian regime’s controversial upcoming presidential election on May 19. The following is the first part of this interview:

What are the choices before the Iranian people and what do they expect?

Mohaddessin: Very interesting question. If you walk on the streets of Tehran or go on social media in Iran, you will find your answer. You will see so many posters which read: No to the executioner Raisi; No to the demagogue Rouhani, my vote is regime’s overthrow. That is how the people of Iran see the choices before them. They are talking about choosing between “worse” and “even worse”. The Iranian people, after 38 years of clerical regime, do not expect anything from the election. They have seen so many of these sham elections. They know in their soul that elections do not mean anything in Iran. It is only a show trying to justify the absolute rule of Velayat-e Faqih. It is time for the West to rid itself of this misguided perception, fomented by Tehran’s lobby, that the people of Iran consider serious differences between the candidates. The only difference is that one is an executioner who loudly confirms it and the other one who talks moderate but acts exactly the same.

Rouhani has recently said “people of Iran do not support those who in the past 38 years only know execution and prison,” who was he referring to? Ebrahim Raisi? Has there been any reaction to his remarks? How do you analyze his remarks?

Mohaddessin: Rouhani’s remark is a clear admission that over the past 38 years the clerical regime has entirely relied on execution and prison to stay in power and all regime’s officials including Rouhani who has been one of the decision makers in the regime during this period are directly responsible for the crimes committed. Of course Rouhani was referring to Raisi who was appointed by Khomeini as a member of the “Death Commission” in the 1988 massacre of 30,000 political prisoners.

But inadvertently he confirmed that 38 years of the clerical rule has brought the Iranian people nothing but execution and prison. That is why the other faction has strongly reacted to his remarks saying his remarks undermine the entire regime, and reminding him that right from the beginning he was one of the decision makers of the regime. They have, for example, referred to Rouhani’s remarks in the past when he demanded that “conspirators” must be brought to the Friday prayer and hanged there in public so that it would have more impact.

In his remarks Rouhani also revealed that in private discussion, members of the other faction have suggested to set up walls on pavements for gender segregation. In response, the other faction revealed that indeed, some close allies of Rouhani who are now either ministers in his cabinet or leading his election campaign were advocating gender segregation, but Khamenei prevented them!! They have also reproduced parts of Rouhani’s memoir in which he admits that he was the lead official to impose compulsory “hijab” on women. As part of the internal feuding, each faction is making new revelations about the other faction on their role in suppression, execution, embezzlement, corruption and etc. This power struggle, which essential stems from the regime’s failure to address the most basic needs of the people, has shaken the entire regime and has made the regime more vulnerable and weak. On the other hand, the Resistance has been vindicated. For years the regime used every suppressive means to suppress the Iranian people, to deny the new generation to know about so many crimes committed in the past and also to silence the democratic opposition. But now, they are admitting to what we have been saying for years. Therefore, we have seen a surge of support for our movement and our message is today being resonated in Iran more than at any other time.

Can you make any prediction as who might be the next president? How do you see it?

Mohaddessin: First, I must reiterate that in Iran the outcome of election is not decided by the people but by the balance of power within the regime. It is truly time for the western policy makers to come out of their boxes and see the reality.

Second, all candidates have been approved not only by the Guardian Council but personally by the Supreme Leader before entering the race. In an election without genuine opposition, where the choices given to the people are representing nothing but more misery for the Iranian people, an election does make any difference. Therefore, all candidates fall within the acceptable scope for Khamenei.

All indications are that Khamenei prefers to have Raisi as the next figure-head of his dictatorship, but the redline for him is that engineering the election should not lead to an uprising as a result of intensification of internal feuding. Indeed, Rouhani’s new remarks is also aimed to convey this message to Khamenei that opting for Raisi might cost him more. While on everything Khamenei has the final say, nevertheless, the vulnerable position of the entire regime and the fear of a massive uprising coupled with the fact that he has, to some extent, lost his clout within the regime and his grip over a discontent population, has tightened his hand.

However, in either case, the outcome would be a much weaker and more vulnerable regime. This is Khamenei’s dilemma and the stalemate the regime is facing.

An international people’s tribunal held in London finished its...