Russia and Iran: An Uncomfortable Alliance 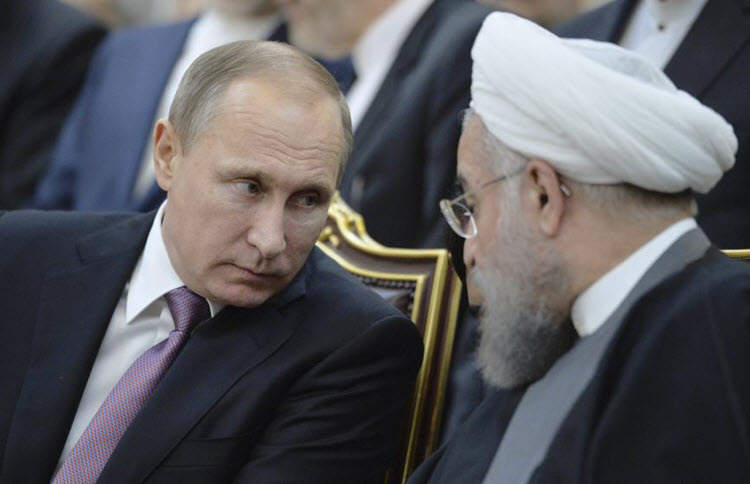 London, 15 May – Iran and Russia are both heavily invested in propping up the Assad Regime, their two countries could not be more different in their visions for the Middle East after the civil war has ended.

Baria Alamuddin, a senior middle-east correspondent, wrote an op-ed on the strange alliance between Iran and Russia for Arab News in which she asked how long their alliance could last.

She notes that the two nations are united in their mission to keep the bloody dictator Bashar Assad in charge of Syria; indeed Russia has installed permanent bases in Syria in order to carpet bomb opposition fighters, while Iran has placed more proxy fighters into the country than Assad has troops and pledged more than $100 billion to the fight, despite their own people starving at home.

She wrote: “Both Moscow and Tehran want Syria as a client state, but they have radically different ideas about what this state (or statelets) will look like. It is not clear that Syria could serve two such different masters. Yet the ayatollahs in Iran and the autocrats in Russia are willing to paper over the cracks in their relationship because, as Assad’s only significant allies and the reason he remains in power, they are heavily dependent on each other.”

The Iranian Regime, which is despised by its own people, is not pledging this money or these troops because it can spare it. It hopes to quash the Syrian opposition because it knows that once the Assad dictatorship falls, theirs will soon follow. The neighbouring countries are run by sociopathic dictators who will happily sacrifice their own people for power and profit.

She wrote that Russia fears the Islamic extremism championed by Iran, including their expansionist tactics which have led to them claiming four capitals in the Middle East as their own, and Iran does not like the fact that it was excluded from the peace talks with world leaders and hates Russia’s support of Israel.

Despite this, they may be working together; trading military secrets, cyber-hacking technology, and even weapons, perhaps to annoy the US.

She wrote: “Both have a stake in inconveniencing the Americans, reinforcing their influence and cultivating a relationship with whoever comes out on top. In Herat and Helmand, Afghan officials document Russian weapons — such as land mines, sniper rifles, rocket-propelled grenades and mortar rounds — smuggled to insurgents with Iranian facilitation.”

Although they are working together, for now, she indicates that two such opposing states will eventually turn on each other, as Stalin’s Russia and Hitler’s Germany did in 1940.
Hopefully, the winner will be the ordinary people.

AFP: Iran on Tuesday said it is dismissing Israeli...