The Iranian People Hope Trump Will Support Them, Not Their Rulers 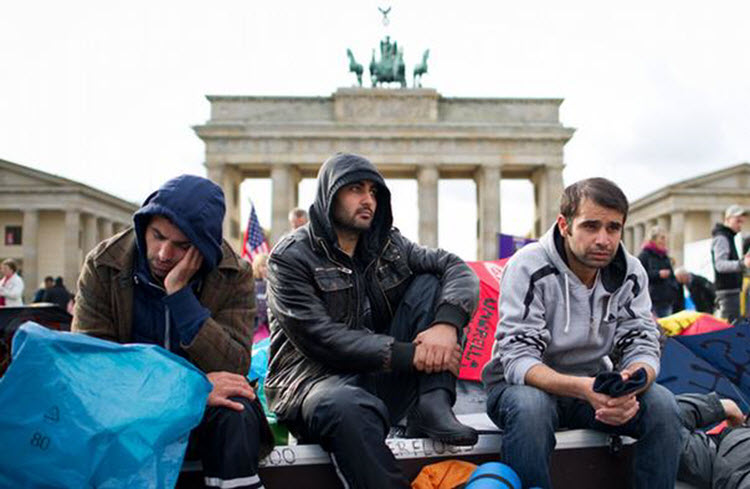 These refugees consider the International, and specifically European, trade agreements and relations with Iran, their worst nightmare.

The Islamic regime and some in the international community claim that support for the so-called “reformist” and “pragmatic” President Hassan Rouhani will ultimately bring freedom and democracy to Iran. They attempt to convince the free world and democratic countries that appeasement and normalized relations will change the Iranian regime’s attitude and behavior.

“However,” writes Mansour Kashfi, author and president of Kashex International Petroleum Consulting with over 50 years’ experience in petroleum exploration, primarily in Iran in an article for WorldTribune, “the distinction between a ‘moderate’ president and ‘fundamentalist’ Supreme Leader in Iran is a political subterfuge used to mislead the population and perpetuate the inherent corruption of the Islamic regime governing system.
This corruption will not only continue to oppress the Iranian people but also undermine the transparency in business dealings with foreign investors.”

After two years of negotiations, an agreement was reached to lift the sanctions on Iran in return for the Islamic Republic halting its efforts to acquire nuclear weapons.

In the midst of this, former President Obama decided to attempt to make a connection with Ayatollah Khameini, the Supreme Leader of the Islamic regime. Obama sent Khameini several friendly letters. Some called this course of action outrageous, considering that the Iranian people were crying for democracy and American help to support a secular government in Iran, and the disastrous human rights issues in Iran, continued terrorist acts in the region, and ongoing testing of intercontinental missiles. Obama may have done better by establishing a relationship with the Iranian people, instead.

According to Kashfi, “Clergies in Iran are as murderous as any religious group in history. From the very first day of the Islamic regime’s establishment, they executed many innocent Iranian officials and military officers, and provoked war with Iraq just to consolidate their dictatorial regime,” and adds, “During eight years of bitter war with Iraq and over one million casualties, clergies dragged school children to the front lines, where their little bodies were used as sandbags to clear mine fields.”

“War was an excuse to execute dissidents and anyone who displeased the bloodthirsty clergies. Minorities including non-Shiite believers such as Sunnis, Jews, Christians, and Bahais were executed on political charges. All these killings and unjust acts in Iran were carried out on command of the Supreme Leader, Ayatollah Khameini,” writes Kashfi.

Respect for human rights distinguishes America as a great nation, so Kashfi wonders how it can “…still believe it can establish a lasting line of communication with a terrorist regime in Iran that routinely persecutes religious and ethnic minorities, tortures and systematically executes political prisoners, and promotes international terrorism abroad?” He adds, “…when America fails to lead, enemies of freedom like the Islamic regime of Iran and Russia fill the vacuum.”

After the U.S.withdrew from Iraq, Kashfi says that “the Islamic regime did everything it could to establish oppression and spread terror in that country, and Russia began focusing on the southern Persian Gulf states.”

The new American president is reviewing policy with regards to Iran, and with an eye to change. Kashfi suggests that, “Any further support for the un-elected regime in Teheran, be it commercial, economic, diplomatic should be tied to a commitment by the Islamic regime to stop supporting international terrorism and to respect women, minorities, and human rights.”

No Iran nuclear suspension even after talks – official

Reuters: Iran is not considering a halt to its...