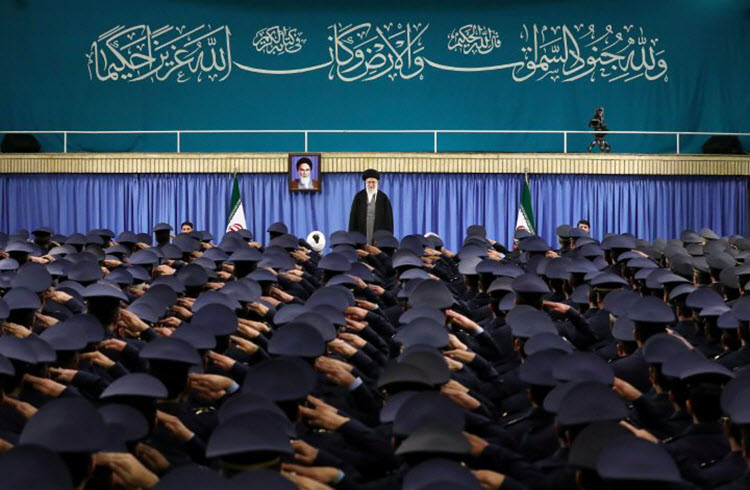 London, 17 May – The upcoming Iranian election may look similar to what you’d expect in a democracy, with its televised debates, catchy campaign slogans, and endorsements from former leaders, but an NGO has warned that this is all an act.

Dennis B. Ross, co-founder of United Against Nuclear Iran (UANI) and special assistant to President Barack Obama from 2009 to 2011, and Jason M. Brodsky, the policy director of UANI, wrote and op-ed for Time in which they make clear that this election will change nothing for the Iranian people or the world.

Ross and Brodsky wrote: “Regardless of whoever is declared the winner, the Iranian people cannot expect any real change for the better either domestically or in their country’s posture toward the outside world.”

For one thing, they note that it is the Supreme Leader Ayatollah Ali Khamenei, rather than the President, who makes the decisions on foreign and domestic policy.

Not only that, he also personally appoints half the Guardian Council who vet all political candidates. Granted the Judiciary Chief names the other half, but he is also personally chosen by Khamenei. So, the Guardian Council, who were responsible for whittling down the candidates from over 1600 to just six, is under the control of the Supreme Leader. Does that sound free or fair?

Ross and Brodsky also point out that the 2015 is a major issue in this election because it has not delivered the benefits that incumbent president Hassan Rouhani, who negotiated the deal, promised the people.

They wrote: “Two structural reasons explain the lack of progress: First, there is no meaningful transparency in Iranian banks that would reassure the international community that money laundering and financially supporting terror groups have stopped. Second, the Supreme Leader and the Islamic Revolutionary Guard Corps (IRGC) control much of the economy, and they continue to block deals that might build the strength of the private sector in Iran. Yes, there has been an infusion of cash, but following the money shows that funds have flowed to the Supreme Leader, to companies he controls and to the security services — not to ordinary Iranians. From this standpoint, the nuclear agreement has been good for the Supreme Leader and the clerical establishment, but not necessarily the Iranian public.”

Despite the Regime’s claims that the US has violated the deal (which is untrue), not one candidate had promised to break the deal, because it would upset the Supreme Leader.

This does not mean that Iran will reign in its aggressive behaviour, however. Ross and Brodsky wrote that Iran has increased its sponsorship of terrorism in the time since the deal was agreed.

They wrote: “Significantly, the Iranian President has little control over the [Iranian Revolutionary Guards Corps (IRGC)] and its action arm in spreading Iran’s power in the region. The IRGC answers only to the Supreme Leader. On May 2, Iran’s judiciary — which also reports to Ayatollah Khamenei — announced that a senior reformist politician would be prosecuted for just criticizing the IRGC’s heavy-handed presence in Syria during a Rouhani campaign rally. We can only expect more of the same.”

Iran is no democracy, and if the absolute power of the Supreme Leader has not yet convinced you of that, then perhaps this story will.

In 2009, two candidates who attempted to run in the elections (Mir Hossein Mousavi and Mehdi Karroubi) were placed under house arrest. The 2009 elections were widely seen as faked by the Iranian people, leading to protests. When Rouhani was campaigning in 2013, he promised their release but they still remain under house arrest.

The Iranian Regime will intimidate, imprison, and execute its political opponents in order to survive; in fact, it’s the only way they can survive.

Ross and Brodsky wrote: “The Iranian President has virtually no political recourse in a hydra-headed political system… While this election may impact matters of succession with the Supreme Leader’s rumoured cancer diagnosis (there is a precedent of a president being elevated to the top job), come May 20, at least in the short-term, Iran will continue on under the rule of Ayatollah Khamenei. The onus of responsibility lies with world leaders to be clear-eyed in understanding the true nature of the Iranian regime and addressing its chronic regional meddling, support for terrorism and human rights abuses.”

Iranians told to save power or face daily blackouts

AFP: Iranians on Saturday were told to cut their...