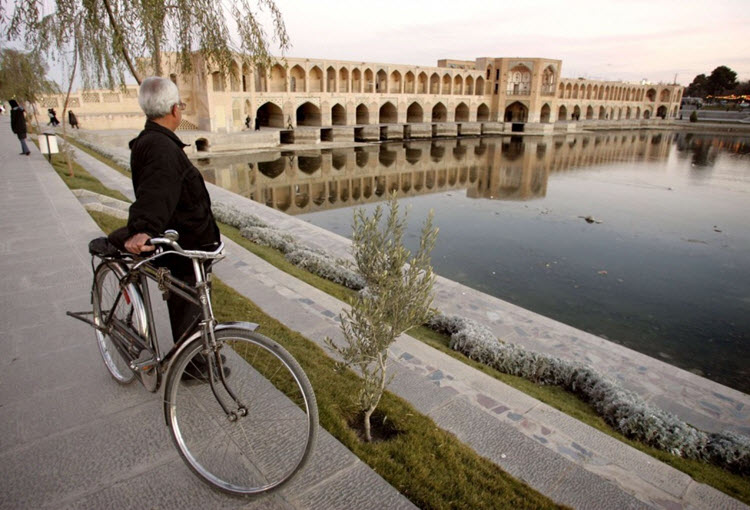 London, 17 May – Right now, we are in the final days before the Iranian elections and as such, there has been quite a lot of debate over the future President in Western media. The analysts and journalists have asked what this will mean for Iran and the world as a whole; far too many have peddled the false narrative of moderates and hardliners, while far too few have gone so far as to say that it doesn’t matter who the President is because the Regime will not allow change.

Seth M. Siegel, author of Let There Be Water: Israel’s Solution for a Water-Starved World, wrote an op-ed for The Washington Post in which he advised that Iran has much bigger problems than its future President.

While the campaign has been dominated by the economy (high unemployment, low oil prices, sanctions relief which has benefitted the elites rather than the masses), he argues that Iran’s environmental policy could pose a more serious threat to the people of Iran and the country’s stability.

He wrote: “Due to gross water mismanagement and its ruinous impact on the country, Iran faces the worst water future of any industrialized nation. After the fall of the shah in 1979, water policy became a victim of bad governance and corruption, putting the country on what may be an irreversible path to environmental doom and disruption that owes nothing to sanctions or years of war with its neighbours.”

This is partly due to the Regime’s terror squad, the Revolutionary Guard Corps (IRGC), being given unchecked control over various construction companies, which they ran for profit with no thought for the future.

Siegel wrote: “Recklessly, these companies began damming major rivers, changing the historical water flows of Iran. This was done to give water preferences to powerful landowners and favoured ethnic communities while also transferring billions from the public treasury to IRGC leaders’ accounts.”

Before the fall of the Shah in 1979, there were 13 dams in Iran. Since then, over 600 have been built. In order to do this, the IRGC threatened farmers, environmental protesters, and scientists into silence. Those who did not comply, were labelled counter-revolutionaries, a crime punishable with prison.

Even former Iranian agriculture minister Issa Kalantari reports that by 2040, up to 50 million Iranians (Iran’s current population in 83 million) would need to be relocated.

Siegel wrote: “Of all the injustices and miseries that the Islamic revolution may have visited on the Iranian people — from human rights abuses to large-scale corruption to the destruction of Iran’s natural environment — turning 60 percent of the country’s citizens into internal refugees would be the cruellest of all.”

Yet, the Regime will not change. It thinks that it can solve the water crisis with increased construction. It is wrong.

Siegel advises that the Regime but water-saving initiatives into place, using drip irrigation on farmland, providing incentives to saving water, and increasing the price of water for businesses to reduce waste.

He concluded: “The presidential election won’t change any of that. Reining in the IRGC and reallocating the country’s water is, like much else, not in the hands of Iran’s president. The supreme leader will have to take on a system created under his less-than-supreme leadership.”

US signals readiness to strike Syria if ordered

Reuters: The United States and its allies are preparing...