The ‘Moderates’ Have Not Won in Iran 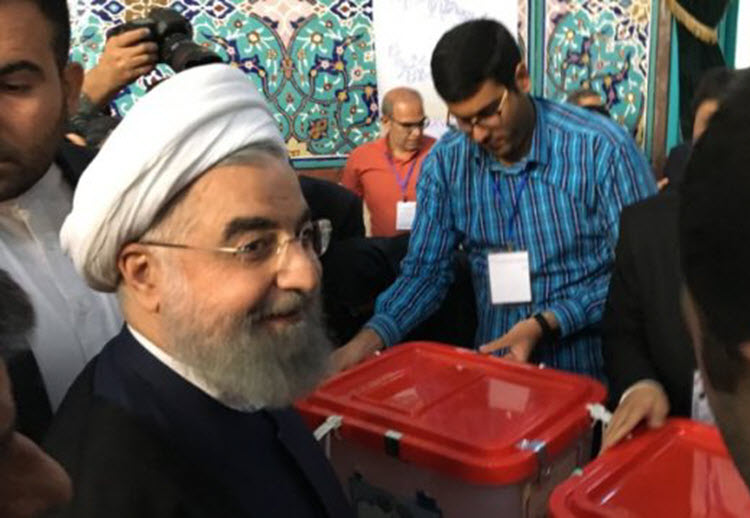 London, 29 May – Christopher Booker wrote an op-ed for The Telegraph, entitled: “If you think a ‘moderate’ has won in Iran, think again”, in which he made clear that the Iranian Regime is, and will always be, comprised of the hardest of hardliners, no matter who is President, because they are under the control of their Supreme Leader, Ali Khamenei.

He wrote: “The real power in Iran lies with the Iranian Revolutionary Guards Corps (IRGC), which is answerable only to the Supreme Leader Ayatollah Khamenei. This not only controls more than half Iran’s economy but is responsible for spreading terror at home and abroad across the Middle East.”

He points out that when Donald Trump visited Saudi Arabia last week, he effectively changed his campaign position from against Muslims to against people who hope to spread fear and terror throughout the world.

Booker dismissed the hardliner v moderate myth that Iran has attempted to portray to the rest of the world, as if to threaten us that things could get worse.

He wrote: “As I have reported many times, [incumbent President Hassan] Rouhani is an utterly ruthless operator, who had presided since 2013 over a collapsing economy and what Amnesty International called “a staggering execution spree”, murdering and imprisoning so many dissidents that Iran has per capita the highest execution rate in the world.”

He also highlighted the disastrous ramifications of the nuclear deal which Iran signed with the P5+1 countries (the US, the UK, France, Germany, Russia and China) in 2015 which lifted sanctions and released £38 billion in frozen assets.

He wrote: “Virtually all that £38 billion went to the IRGC, to pay for Hezbollah and the tens of thousands of mercenaries which have been the chief prop to the Assad regime in Syria; the disastrous destabilising of Yemen; and their interventions in Iraq, where, until Trump arrived, they were being given US air support.”

Booker also discussed the fact that the Iranian election was rigged, with a far lower turnout than reported.

He wrote: “The two candidates represented warring factions, each rightly accusing the other of massive corruption. They equally attacked a new factor in the election, the prominence of posters calling for it to be boycotted, spread not least by members of the banned People’s Mujahideen of Iran (PMOI), part of the Paris-based National Council of Resistance of Iran (NCRI) which represents hundreds of thousands of Iranian exiles across the world.”

As a result, Booker encouraged Trump to also side with the Iranian Resistance forces in his fight against extremism and terrorism; after the PMOI were responsible for revealing to the West:

• the terror training camps in Iran

He wrote: “These Iranians represent the one piece missing from Trump’s coalition, to demonstrate that this is not a struggle of Sunnis vs Shias, but that there are a huge number of Shia Iranians keener to see an end to the murderous Tehran regime than anyone.”

Booker also spoke about the annual gathering that the NCRI hold in Paris, in which 100,000 Iranian exiles, senior Western officials, and supporters of the Resistance will gather to call for further action on the Regime.

He wrote: “They will call for the Trump government to lend its backing to Iranians who want to see their fanatical, ruthless, utterly corrupt dictatorship replaced by a secular, democratic government. With that, they believe, Trump’s coalition would include its last crucial piece. And the entire Middle East might in future pose infinitely less of a problem to the world.”

On the track of Tehran’s agents

The Australian: As the Iranian regime tightens its political...