Italian Parliament: We Need a Decisive Policy Against Iran Regime 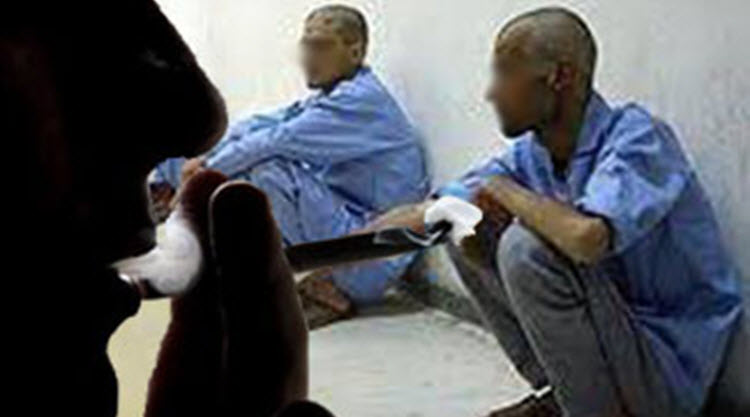 London, 29 May – The Italian Parliament held a press conference, last week, in which they agreed that they need to find a decisive policy to counter the Iranian Regime.

The conference, which was chaired by the former Italian Foreign Minister, Giulio Terzi, and attended by both Italian senators and MPs, reviewed the consequences of the sham elections in Iran and the Regime’s link to terrorism.

Terzi said: “[The Regime’s] negative effect on democracy, human rights, and gender equality was clearly seen; physical elimination of opponents, particularly PMOI members, has been systematically going on by the ruling regime, particularly in 1988 in which regime leaders decided in a short time to move ahead with Khomeini’s order to mass execute political prisoners who were not going to compromise on their beliefs with the regime, a tragedy as well as crime against humanity in which Raisi, who was running for regime’s president, was involved. Moreover, some members of Rouhani’s government, including his Justice Minister ‘Pourmohammadi’, were also involved in the crime.”

He continued: “The reason I’m pointing to the tragedy 29 years ago is that the same process has been going on under four years of Rouhani’s presidency, with more than 3000 executions during the time.”

This was echoed by Lucio Malan, Italian senator and Secretary of the Italian Senate, said “There’s a religious regime in Iran and if you take a look at the regime’s constitution, you could clearly see that the regime leader has the upper hand in all political issues no matter what. So, speaking of election under the Iranian regime will be a fatal mistake.”

He continued: “More than 3000 prisoners were executed during the so-called moderate presidency of Rouhani. Meanwhile, Rouhani’s Defense Minister Dehghan brags about how in Rouhani’s government the military spending has doubled and might even quadruple by 2018. Is this a sign of moderation? This is despite the fact that people get poorer and their living conditions deteriorate every day.”

The conference attendees rejected the idea that the Iranian Regime was under the control of moderates, calling that notion a “mirage”. They noted that all of the leading members of the Regime are in agreement with the official policy, which included the continued repression of their own people and the constant interferences in the affairs of other countries to the detriment of those countries, most notably in Syria where the Iranian Regime helps to prop up the Bashar Assad dictatorship.

Elisabetta Zamparutti of ‘Don’t Touch Cain Community’ said: “Speaking of moderate and conservative factions in Iran is a shame. Rouhani and Raisi are two sides of the same coin called ‘vali-e faqih’, since he is the one who calls the shots in all issues. The president in Iran is not elected by people’s vote, but it’s the balance of power within the regime that determines who’s going to be the president. If a real free election is held, the Mullahs will no doubt be the losers.”

Zamparutti continued: “The Iranian regime is the main problem in the Middle East. Due to its nature, the regime will never be able to respect human rights, since it will totally collapse otherwise. We at Don’t Touch Cain Community have always demanded that such issues as the situation of human rights, women, youth, and executions be raised in negotiations between Europe and the Iranian regime.”

Dr. Faisal Mahmoud, of Democratic Syrian Community, spoke about the ruthless collaboration between the Iranian Regime and Assad, highlighting that the Regime had sent over 60,000 fighters to Syria.

Mahmoud said: “As for Iranian regime’s recent presidential election, I can only say that this is Khamenei who’s the decision-maker, meaning there’s no free election in Iran.”

At the conference, which was held on May 22, all parties agreed that Italy must adopt a policy against the Regime for its terrorist acts and its human right abuses, including the ever increasing wave or executions.

Terzi said: “Italy, who is intending to do business with Iran, should open its eyes to Iranian regime’s expansionist policy and the risks it entails. Iran under Mullahs’ regime cannot play a role in the Middle East’s stability. As it was seen during Trump’s recent visit to Saudi Arabia as well as in the Arab Islamic summit, the rules of the game are now changed and this must seriously affect Europe and Italy’s viewpoints.”

Bloomberg: The U.S. and Israel are disagreeing publicly over...